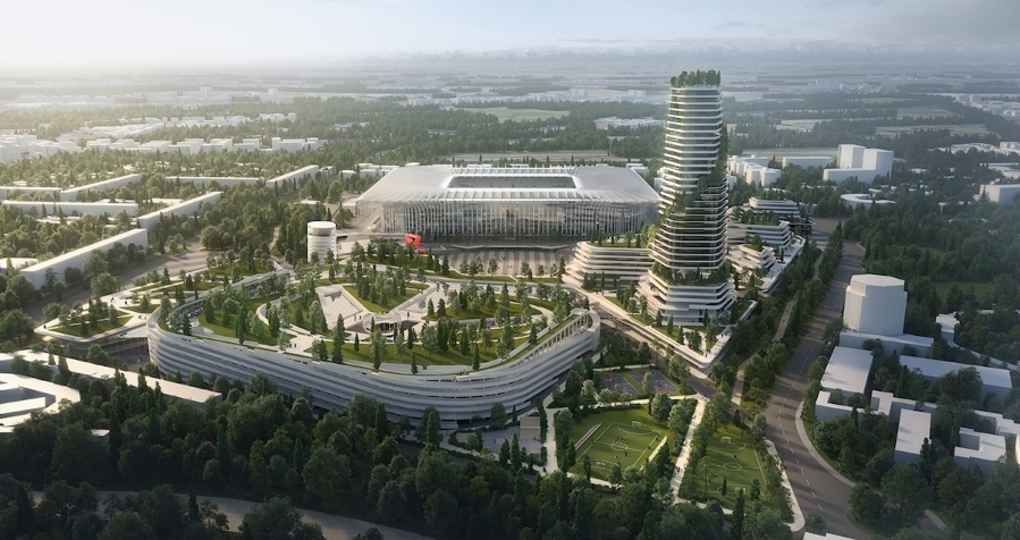 Inter and AC Milan are convinced they are not responsible for the delays to their new stadium project, according to a report in the Italian media today.

Gazzetta dello Sport’s print edition confirmed the Nerazzurri’s president Steven Zhang would meet Milan mayor Giuseppe Sala at the end of the season to try and break the deadlock.

Inter believe they have done everything the council’s administration wanted (as do AC Milan), having agreed to preserve part of the existing San Siro and reduce the amount of concrete surrounding the new stadium.

The clubs are waiting for the council to make their move, although there is a risk that no progress will be made until after the October municipal elections.

Inter and AC Milan must decide together with the council between two projects for their new stadium, with one design submitted by Populous (in the photo) and one from Manica/Sportium.

Zhang is hoping talks can proceed at a faster pace once he is reunited with Sala, a known Inter supporter, at the end of the season.

Inter certainly have no intention of abandoning the project, despite calls from Sala to provide clarity over the club’s ownership situation for the next three years.