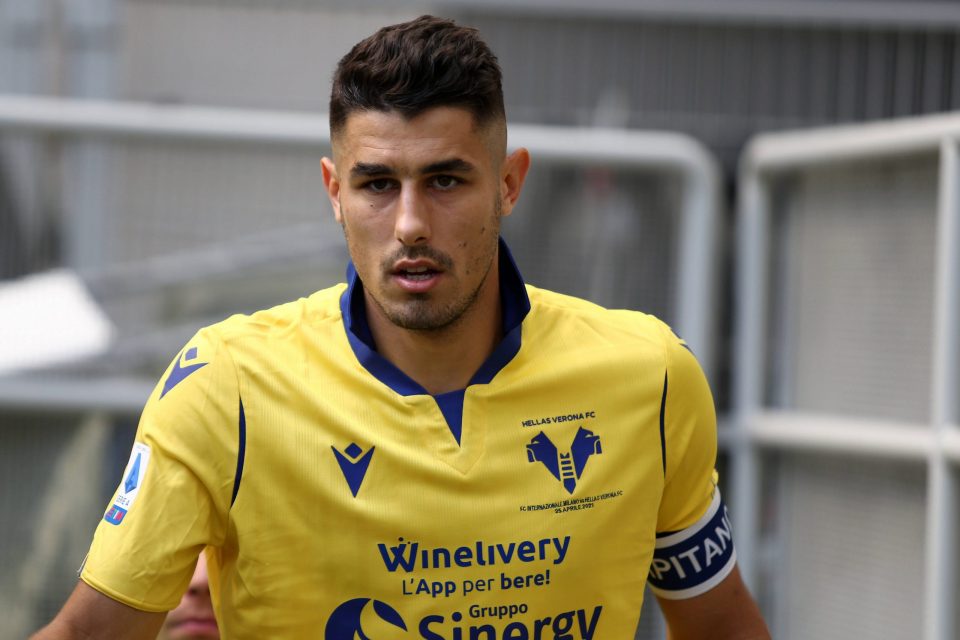 Inter were made to work hard by Ivan Juric’s side but eventually secured a 1-0 win at San Siro, thanks to a late strike from super-sub Matteo Darmian.

Faraoni was caught out of position for the Nerazzurri’s winner before a goal of his own was controversially disallowed for a foul on Samir Handanovic.

Speaking to L’Arena on Friday (via FcInterNews.it), the former Inter full-back admitted: “Inter’s goal is still tattooed in my mind, not least because the ball went through my legs.

“Maybe I made a mistake, I should have taken up a wider position.”

Faraoni was then asked about his equaliser, which was ruled out by referee Rosario Abisso without consulting his pitch-side monitor.

“I think it should have stood and Abisso could have at least gone to VAR and looked at it again,” the 29-year-old argued.

“I’m not looking for arguments though; the referee made his decision and that’s fine, amen.”

Inter are within four points of the Serie A title courtesy of last weekend’s win, and they could be crowned champions as early as tomorrow with a helping hand from Sassuolo.

The Nerazzurri must beat Crotone tonight and then hope Roberto De Zerbi’s side can get a result when they host Atalanta tomorrow afternoon.

Faraoni made 18 appearances for Inter’s first-team as a youngster before leaving to join Udinese in 2012.