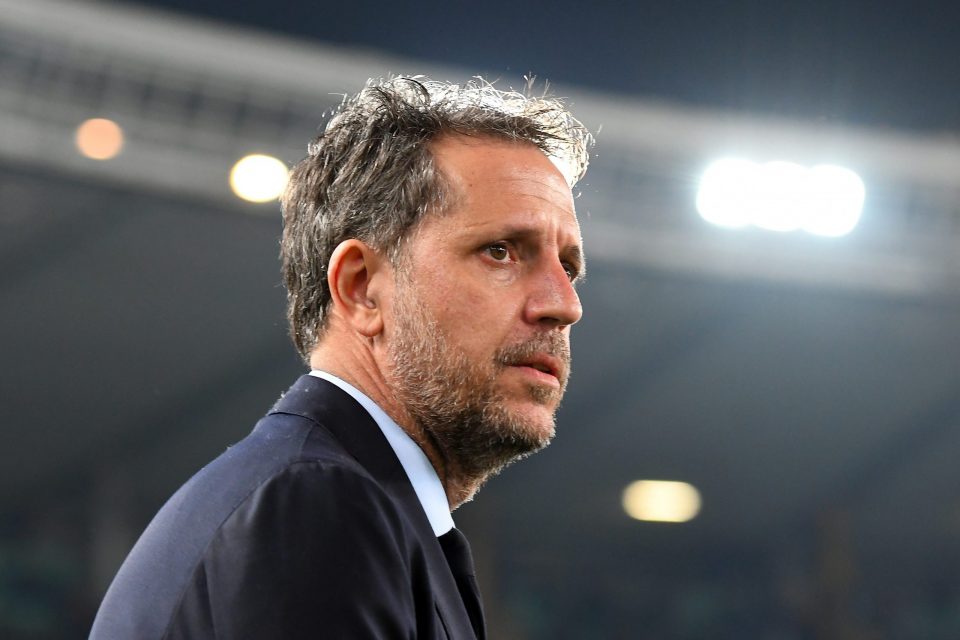 Juventus CEO Fabio Paratici took the opportunity to offer his congratulations to Inter and coach Antonio Conte, as the Nerazzurri ended their nine-year run of Serie A titles.

Inter were crowned champions today after Atalanta could only manage a 1-1 draw against Sassuolo, with ex-Juventus coach Conte leading the Nerazzurri to their first Scudetto since 2010.

Having seen his own club’s period of dominance come to an end, Paratici spoke to Italian television broadcaster Sky Sport Italia ahead of Juventus’ 2-1 victory over Udinese today to graciously admit that Inter were worthy winners.

“We take this opportunity to offer our compliments to Inter and Antonio. We know that behind every success there is passion, love for what you do, sacrifice. We know how hard it is to win, we have done it for a long time,” Paratici declared.

However, the Bianconeri director also pointed to Juventus’ incredible run of titles and whilst conceding that Inter deserved to win, insisted that his club were now focusing on themselves.

“We have accomplished a unique feat in Italian football and sport. Inter’s Scudetto is well deserved, now let’s think about us,” Paratici added.

Inter have become the first time other than Juventus to win the Serie A title since AC Milan were crowned champions in 2011. The Nerazzurri moved on to 19 league titles in their history, overtaking their city rivals.