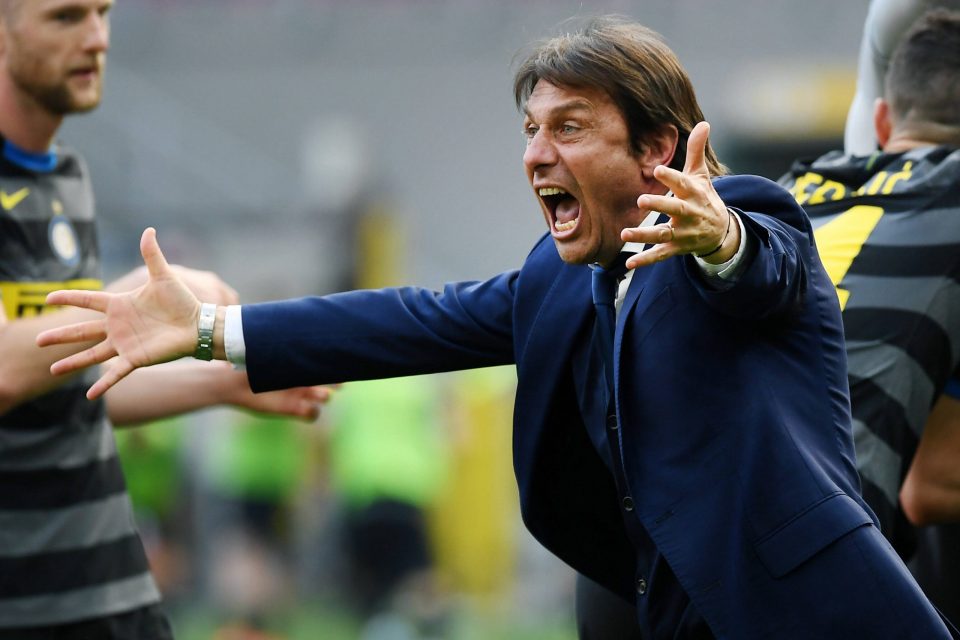 The Nerazzurri were confirmed as champions on Sunday for the first time since way back in 2010, after Atalanta were held to a 1-1 draw away at Sassuolo.

Antonio Conte has transformed Inter’s fortunes since he was appointed head coach in 2019 and Shevchenko was full of praise for the job he had done.

“I’m not happy as a Milanista, but Inter did well,” the former Rossoneri striker told Radio24 on Monday, during Tutti Convocati.

“Inter had a good season, most of all demonstrating hunger to win and Conte’s passion, which I know and appreciate in him.

“He tried to take the team to the next level and he’s managed it.”

Inter have a 13-point lead now over Atalanta, AC Milan and Juventus with four games left, meaning they can no longer be caught before the end of the season.

Conte’s side will finish off their 2020-21 campaign with fixtures against Sampdoria, Roma, Juventus and Udinese before turning their attention to next season and their title defence.

Inter secured their 12th win in 14 league games on Saturday with a 2-0 victory at Crotone, thanks to goals from Christian Eriksen and Achraf Hakimi.