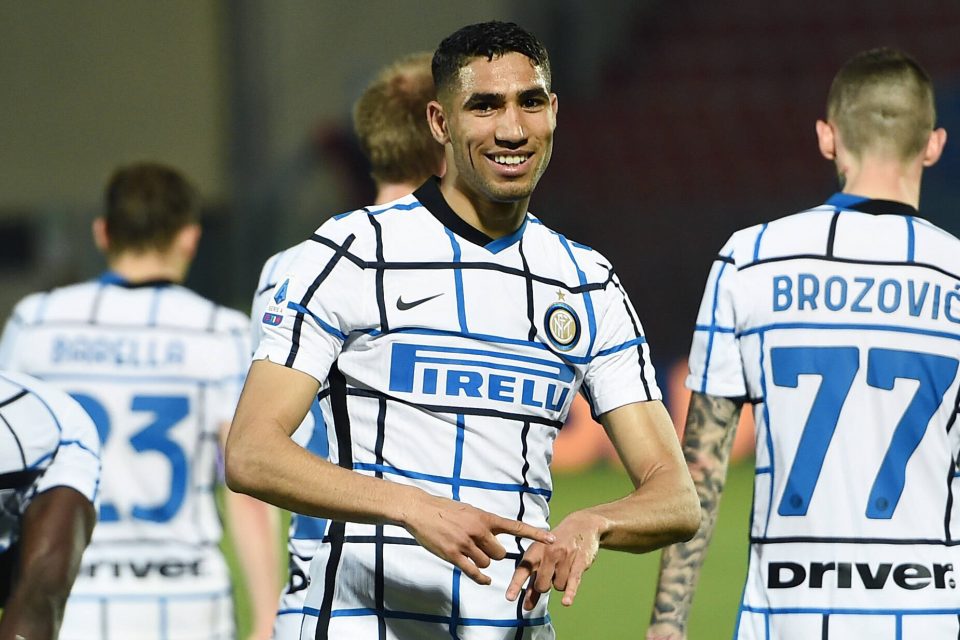 Achraf Hakimi only needed one message from Antonio Conte to be convinced to join Inter, a leading transfer expert revealed today.

The Moroccan international signed in a €40 million (plus €5 million in add-ons) deal from Real Madrid last summer and was one of the Nerazzurri’s most important players en route to the Serie A title.

Gianluca Di Marzio said Conte persuaded Hakimi to come to the club with a WhatsApp message, which read: ‘Come on, join us: I’ll help you improve and you help me win (Serie A).’

Conte is known for getting personally involved in his clubs’ transfer deals to try and convince players to join, and this is another example of where his intervention paid off.

The Nerazzurri might have stood a chance of snapping up the 22-year-old anyway, though, because Hakimi was already looking for a move after completing his two-year loan at Borussia Dortmund.

Hakimi’s agent Alejandro Camano remained in constant contact with Real Madrid president Florentino Perez, while Italian intermediary Davide Lippi got hold of Inter’s sporting director Piero Ausilio and told him: ‘If you want him, you have to sign him now.’

Lippi’s phone call made the difference, allowing Inter to beat off a lot of competition and agree a deal for the wing-back.

Hakimi was linked with Bayern Munich by reports in the German media today, but Inter are thought to have no intention of selling him.