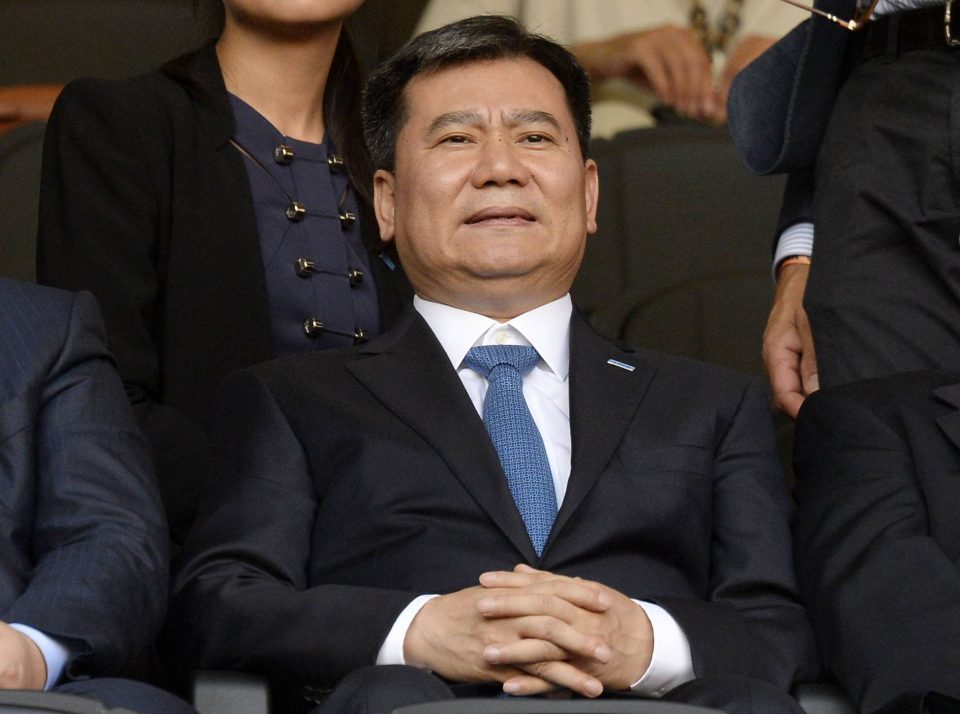 Suning boss Zhang Jindong has promised Inter fans that winning the Serie A title is ‘only the start’ for the Nerazzurri.

Inter were confirmed as champions for the 19th time in their history on Sunday, ending an 11-year wait for the Scudetto which dated back to their treble campaign in 2010.

Suning are subject to intense speculation at present, with some reports suggesting they could look to sell Inter soon due to the club’s financial troubles.

Zhang appeared to strike a very different tone today though, writing in a statement published on Inter’s website: “The Scudetto is not the end of the road for Inter but the start – and I hope that we continue to strive for success, to give our all and to fight for our objectives.”

Suning’s chairman is very rarely drawn on matters at Inter but he was at pains to thank everybody involved for the club’s historic success.

“Congratulations to all of you on winning the Scudetto!” Zhang said.

“After 11 years – and with four games to spare – Inter are back on top in Serie A and have brought back the glory days to the Nerazzurri colours.

“This is an important step within our new era – a memorable milestone on the road to greatness once again.

“I want to express my congratulations and those of the whole group to everyone at Inter for winning the league and adding another Scudetto trophy to the collection!

“The best way to honour history is to make more.

“That’s what we’ve done this year, following in the footsteps of some of the great seasons this club has enjoyed in the past.

“Looking back over the season now, there’s no doubt that we’ve overcome plenty of challenges, turning those difficulties into something quite extraordinary.

“The fact that flags with the black and blue of Inter are now waving proudly all over the city is down to the management of Antonio Conte and to all of the players, into whom our coach has instilled great fighting spirit and unity.

“It’s also down to the excellent work done by the senior management team, to the constant efforts of all club employees and to the support and passion shown by our millions of fans.

“Thank you to each and every member of the great Inter family.

“When the challenges were greatest, we dug deep and showed even more courage.

“Despite the impact of the pandemic on our health, with the repercussions for the football system of the global financial crisis, we never gave up – in fact, we worked harder and gave everything we had.

“That spirit is synonymous with Inter.

“We want it to serve as a source of inspiration for all those who support us.

“There’s no way of knowing the challenges the future holds, but we do know the value of commitment and hard work – so we have no need to fear what may lie ahead.

“This achievement is proof of the progress the club is making across all areas.

“Over the past few years, following the reorganisation of the club’s governance, sports area and financial management, Inter has been able to embark on a process of rapid growth.

“Our results on the pitch have improved, while the Inter brand has grown in prominence and the commercial revenues and value of our club have also increased, coming into line with our ambitions and efforts.

“We’ve won the Scudetto with four games to play.

“It’s a wonderful achievement, but I have no doubt that we will match our performances.

Suning took charge of Inter in the summer of 2016 when they purchased a 68.55% stake from Erick Thohir, and they have invested around €700 million into the club since.

They have come good on their promise to take the Nerazzurri back to the top of Italian football, and now it remains to be seen whether Inter can make progress in Europe as well.

Inter president Steven Zhang is seemingly on the verge of easing the club’s financial troubles by securing a €250 million loan from Bain Capital.