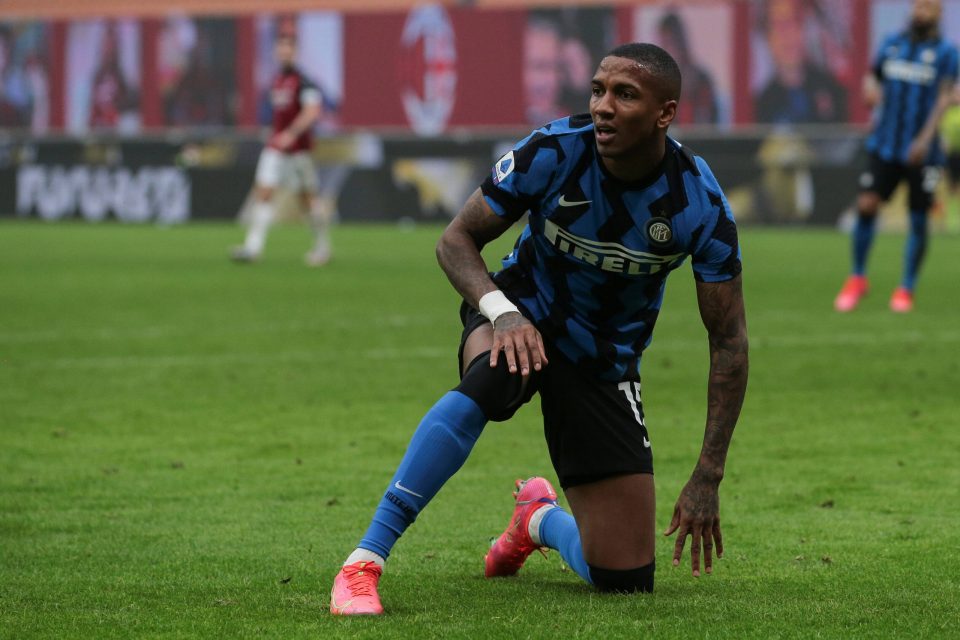 Ashley Young is still coming to terms with being a Serie A champion at Inter and has no regrets about joining the Nerazzurri.

Young provided three assists this season as Antonio Conte’s side won the club’s first scudetto since 2010, which was secured on Sunday with four games to spare.

The 35-year-old has become the first Englishman ever to win both the Premier League and Serie A, although he wasn’t aware of that fact when it was put to him.

“That sounds unbelievable to be honest,” Young told Sky Sports in the UK today.

“It’s obviously nice to win the Premier League and then to go to a new league and win that as well is just incredible, an unbelievable feeling.”

Looking back on his decision to move to Serie A, he admitted: “It’s never easy to leave a club in January, but I think I made the right decision.

“I always wanted to go out and win: I’ve got that ambition, drive and desire to win.

“Obviously the first season we got to the Europa League final which unfortunately we lost.

“We also lost the league by one point and I think that might have spurred us on for this season to go out and get ourselves a trophy and win Serie A.

“Going out there and making that decision, I think it was the best one I made.”

Young has made 56 appearances in all competitions for Inter, scoring four goals and providing eight assists.

He is out of contract in the summer and is widely expected to leave the Nerazzurri after an 18-month spell at the club.