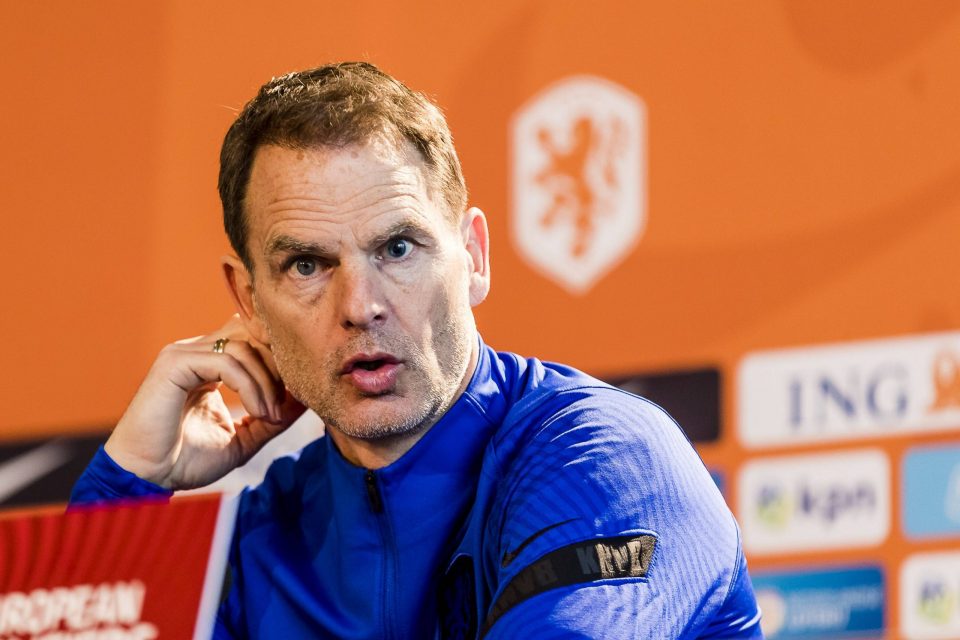 Inter have received congratulations from their former head coach Frank de Boer after winning the Serie A title.

The Nerazzurri were confirmed as champions on Sunday after they beat Crotone and Atalanta were held to a 1-1 draw away at Sassuolo.

De Boer endured a very unsuccessful four-month spell at Inter in 2016, which ended with the team in 11th spot after a 1-0 defeat at Sampdoria.

But the Netherlands boss remains very fond of the club all the same, telling Tuttosport for today’s print edition: “I’m very happy for Stefan de Vrij and for everyone at Inter in general, starting with the fans.

“The Nerazzurri are a top club and it’s nice to see them triumphing again after lots of years of dominance from Juventus.

“It’s an important scudetto for Inter and for Serie A as a whole, with the league changing hands.”

De Boer was sacked and replaced by Stefano Pioli as Inter slid down the table during their first season under new owners Suning.

The Nerazzurri have since completely transformed their fortunes and there are now very few players left from that disastrous campaign, which they ended in 7th.

“Congratulations to everyone for this result they’ve achieved.”

Luciano Spalletti helped take Inter back into the UEFA Champions League after the failings of 2016-17 before Antonio Conte took charge and led the club back to the scudetto.