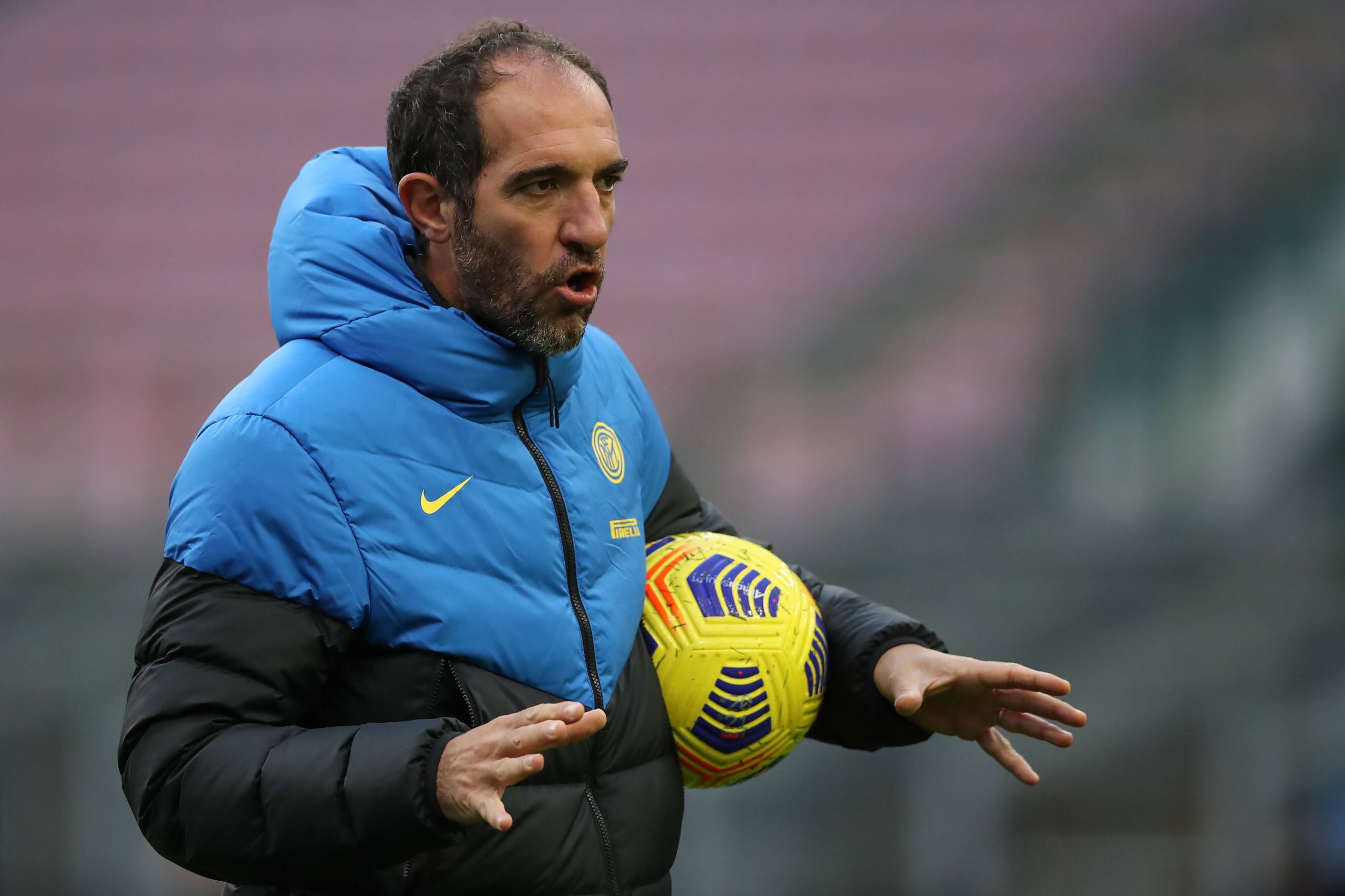 Inter have thanked Antonio Conte’s assistant coach Cristian Stellini for playing his part in the Nerazzurri’s Serie A title triumph.

Conte served touchline bans in three of Inter’s league matches this season, following a two-game suspension for a row with referee Fabio Maresca and an additional one match for five yellow cards.

Stellini took charge of the Nerazzurri in his absence and guided Inter to wins over Benevento (4-0), Fiorentina (2-0) and Torino (2-1).

Inter paid tribute to Conte’s assistant for his ‘100% winning record’ with a tweet on Tuesday.

Our next appreciation tweet is for our Assistant Coach Cristian Stellini, who has led the team to victory every time he’s filled in for Antonio Conte this season 💯#IMScudetto #IMInter #ForzaInter pic.twitter.com/vwhxEfnWiv