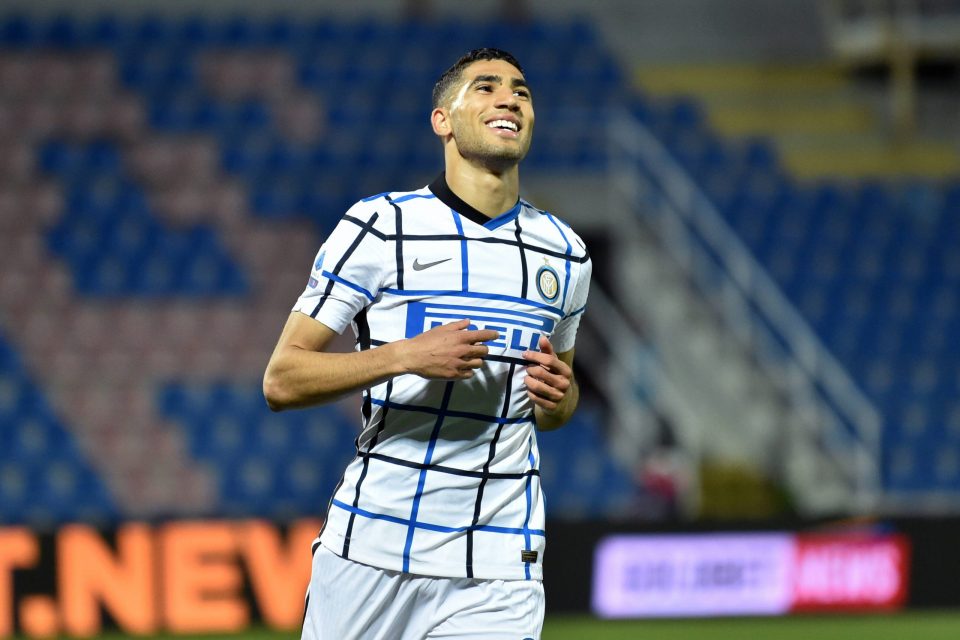 Inter will need to fend off Bayern Munich if they want to keep Achraf Hakimi this summer, according to a report in the Italian media today.

Corriere dello Sport’s print edition confirmed reports from Germany that the Bundesliga side were interested in a move for the wing-back.

Bayern Munich’s new head coach Julian Nagelsmann has asked club directors to revive their interest in Hakimi, after they made a failed attempt to hijack his move to Inter last summer.

Hakimi is only one of several key players at Inter who will receive interest in the summer, and it remains to be seen how strong the Nerazzurri’s resistance will be.

Hakimi joined Inter for €40 million plus €5 million in add-ons from Real Madrid, but Bayern tried everything to swoop in and secure the 22-year-old at the last minute.

The Bundesliga giants offered the Moroccan international an annual salary worth €6 million (compared to the €4+1 million he gets from Inter) and made a €60 million bid to Real Madrid, according to this report.

Inter sporting director Piero Ausilio had been in talks for months with Hakimi’s agent Alejandro Camano, and he managed to persuade the player that the Nerazzurri would be the right destination for him.

Hakimi knew he would get the chance to work under Antonio Conte and stayed true to his word with Inter when Bayern came calling.

Inter’s investment is paying off handsomely after Hakimi scored seven goals and provided eight assists during his first season at the club.