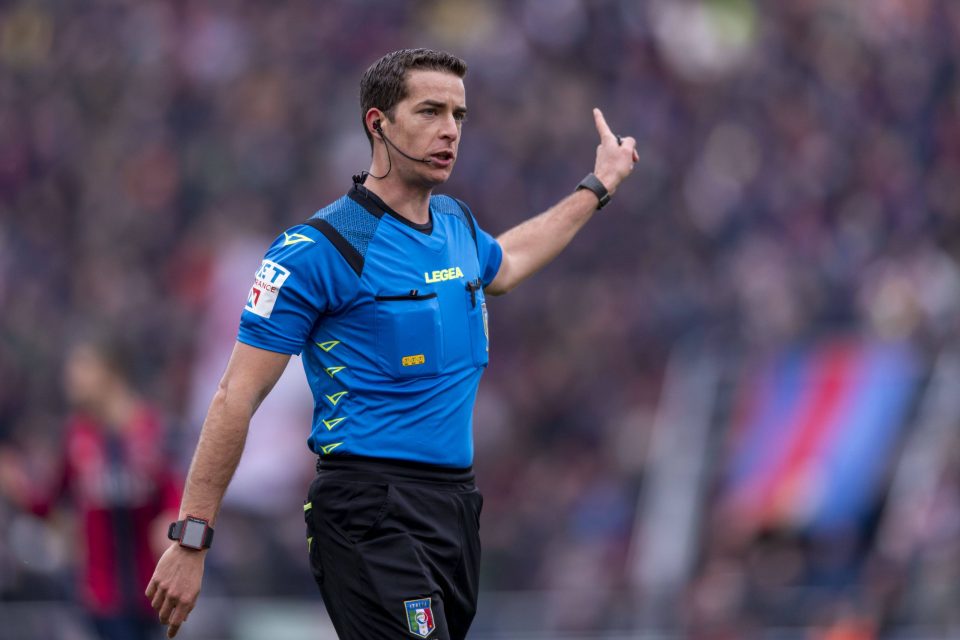 Referee Giovanni Ayroldi made some minor mistakes but officiated adequately during Inter’s 5-1 win over Sampdoria in Serie A yesterday, Italian media suggest.

The Nerazzurri were comfortable winners at the Stadio Giuseppe Meazza thanks to a brace from Alexis Sanchez and Roberto Gagliardini’s goal before half-time, whilst strikers Andrea Pinamonti and Lautaro Martinez netted after the break.

As reported in today’s newspaper edition of Corriere dello Sport, 29-year-old referee Ayroldi was too lenient in some instances, particularly after failing to book Inter defender Danilo D’Ambrosio for a challenge on Keita Balde early in the match.

However, he was correct to book Blucerchiati centre-back Lorenzo Tonelli for catching Martinez with his arm in the first half, whilst the referee was praised for attributing Sampdoria’s goal to Keita after Samir Handanovic had stopped Antonio Candreva’s initial effort on the line.

In a second half of little incident, the referee made a mistake in initially awarding Inter a freekick on the edge of the box after Adrien Silva had blocked a Nicolo Barella strike with his arm. VAR official Daniele Orsato corrected the call and a penalty was subsequently awarded, which Martinez duly scored.