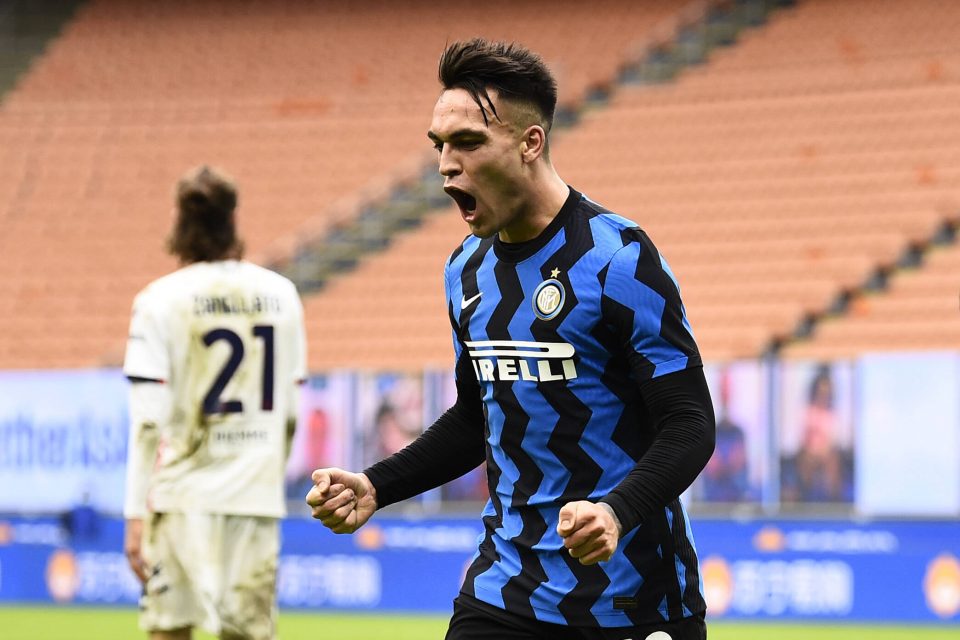 Inter will do everything in their power to keep five particular players this summer, according to a report in the Italian media today.

Inter’s hopes of keeping all five players is said to be ‘ambitious’, with Lautaro in particular attracting attention from lots of top European clubs.

El Toro is due to sign a contract extension in the coming weeks though, as is Bastoni (who also has interest from various clubs).

Antonio Conte is due to meet Inter president Steven Zhang soon to discuss the club’s plans ahead of next season, the report confirmed.

Inter’s boss will ask for reassurance in terms of Zhang’s objectives and ambitions for the 2021-22 campaign, although he does not want to leave the club after two years of hard work.

Zhang is focused on speaking with Inter’s players at the moment, as he seeks to agree wage cuts to help ease the club’s financial troubles.

As far as player sales are concerned, GdS suggested it would be easier to sacrifice a defender than a striker but all speculation would be premature at the moment.