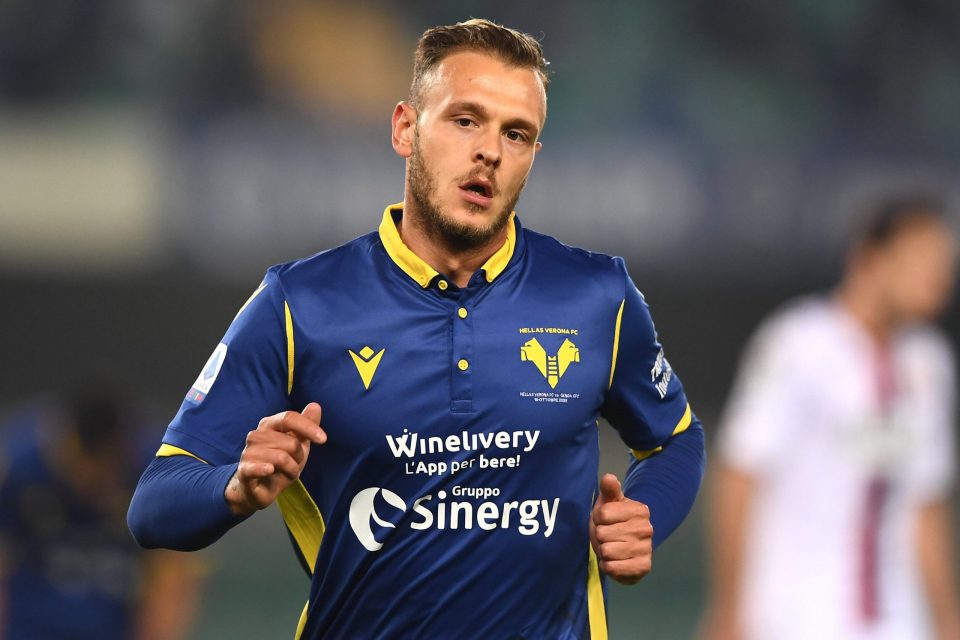 Inter are working hard to ensure they can recall Federico Dimarco from Hellas Verona in the summer, according to a report in the Italian media.

As per FcInterNews.it, Hellas Verona intend to make Dimarco’s loan move permanent for €6.5 million, after which they could sell him for an improved fee of €9-10 million.

Inter want Dimarco to come back and replace Ashley Young at left wing-back, though, so they are working to persuade the Gialloblu’s president Maurizio Setti not to exercise that option.

The Nerazzurri have identified Dimarco as an ideal back-up for Ivan Perisic, not least because he would cost nothing (if Hellas Verona don’t sign him permanently) and they have precious little money to spend.

Dimarco’s agent Giuseppe Riso is working alongside Inter’s directors to persuade Setti not to keep the 23-year-old, with the player said to be excited at getting the chance to play for the Nerazzurri again.

Hellas Verona would only agree to this if they were given something in return, and so Inter’s idea is to send Andrei Radu to the Gialloblu, a goalkeeper they have been linked with in recent weeks.

Radu’s entourage have yet to discuss this eventuality with Inter and they are said to have ‘different ideas’ for their client’s future, but it remains an idea Inter could pursue.

In any case, it seems increasingly likely that Dimarco will come back to Inter and get another chance to succeed with his boyhood club next season.