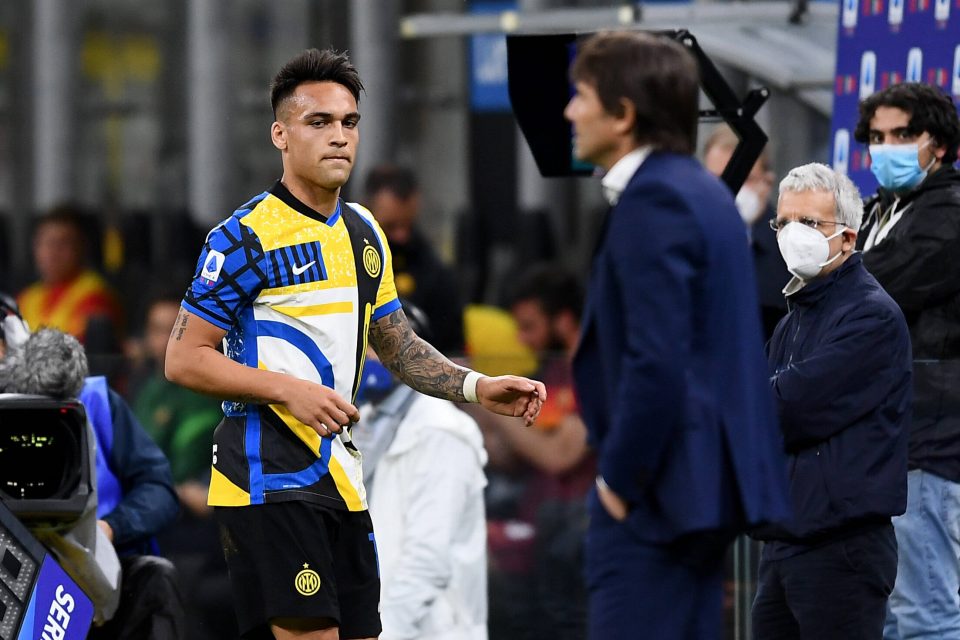 Antonio Conte was involved in a heated exchange with Lautaro Martinez during Inter’s 3-1 win over Roma, as per a report in the Italian media.

Lautaro was taken off with 13 minutes left at San Siro and reacted angrily to his substitution, kicking a water bottle over his teammates in frustration.

Eurosport Italia said Conte had some very stern words for Lautaro, having watched the striker walk past him with an irritable expression.

Conte shouted at El Toro: “You need to shut up, have you understood?

Conte and Lautaro’s argument is unlikely to go any further than that, with both caught up in the heat of the match, but it shows Conte has no intention of letting anyone step out of line until the end of the season.

Inter’s assistant boss Cristian Stellini said Conte wanted to teach the 23-year-old a lesson, because he will not tolerate anyone slacking off even when the Nerazzurri are winning.

Andrea Pinamonti replaced Lautaro for the closing stages and nearly scored his second goal in two games, only to clip the ball over the bar from inside the box.