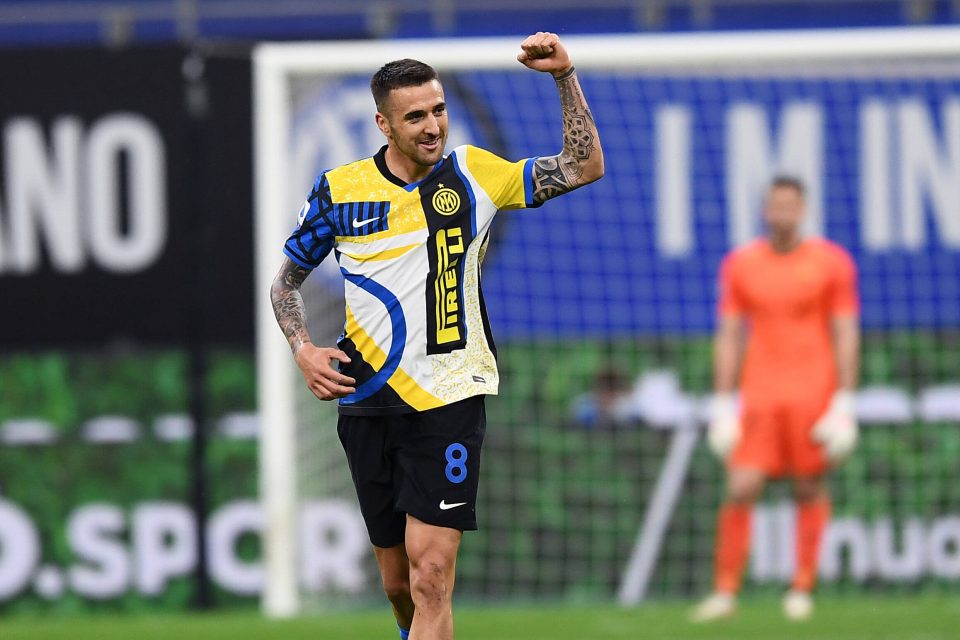 Matias Vecino is finally getting his just rewards after scoring in Inter’s 3-1 win over Roma, according to assistant boss Cristian Stellini.

The Uruguay midfielder doubled the Nerazzurri’s lead midway through the first half, grabbing his first senior goal since February last year.

Marcelo Brozovic and Romelu Lukaku were also on the score-sheet as Inter secured a 15th straight home win in Serie A, a new club record.

“Matias has been unlucky (with injuries) but he’s done well to wait for his moment,” Stellini, who replaced Antonio Conte for his post-match interview duties, told Inter TV.

“Now his moment has arrived and he delivered like he always does, he deserved his goal and is worthy of being praised.”

Vecino was not the only fringe player who impressed against the Giallorossi on Wednesday, with Stellini reserving similar praise for two of his teammates.

“Perhaps our contribution from fringe players was less evident last season, but now we’ve increased our work and it’s become a weapon for our team.

“Every player who takes to the pitch knows he’s important and decisive for the team, and they’ve proven that throughout the season.

Inter had nothing but pride to play for against Roma but Conte’s side produced another professional display, taking care of business despite some difficulties in the second half.

“We played with the right spirit and mentality and even with the freedom you need in this period,” Stellini continued.

“We did well to get back on top after Roma halved the deficit; it’s not easy to refocus, we had moments where we struggled, but it was a nice game to play.”

Stellini was then asked if he agreed that Inter were playing as if they still hadn’t won the Serie A title, adding: “Yes, this is part of the improvements we want to make.

“It’s the work the coach has been doing from the first moment he arrived.

“The mentality is the most important thing and it’s what we expect from our players.

“We want them to always play games to win and to attack the opponent, trying to dominate and beat them.”