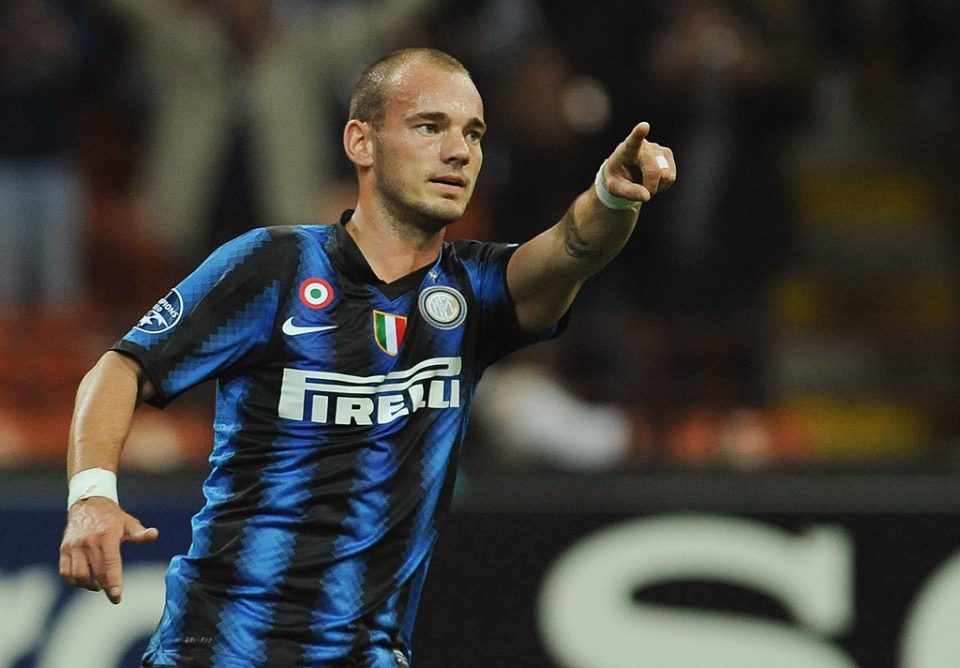 Inter’s Serie A title triumph was met with wild celebrations from the Nerazzurri’s treble heroes, Wesley Sneijder has revealed.

Antonio Conte’s side are the first team to win the Scudetto for Inter since Jose Mourinho led the club to the title back in 2010.

Sneijder remains fond of his former team and it seems he is not the only one who is still closely attached to Inter.

“We have a WhatsApp group with all our teammates from 2010,” the former Dutch international told GianlucaDiMarzio.com today.

“We celebrated this Scudetto as well.”

Inter won the title thanks in large part to Romelu Lukaku’s incredible performances, with the Belgian having scored 22 league goals so far this season.

Sneijder admits he is surprised at just how well the striker has settled into life with the Nerazzurri, where Conte has turned him into one of world football’s best forwards.

“I have to be honest, I didn’t think he’d do this well,” he recalled.

“This victory is because of the team, though.”

Inter’s next objective would be to win the UEFA Champions League, just like Sneijder did under Mourinho 11 years ago.

The 36-year-old remained cautious on that front though, adding: “It’s extremely difficult to win the Champions League.

“Winning the Scudetto is one thing, the Champions League is another.

“You only need to look at Juventus: they’ve never won the Champions League in these last few years, and yet they’ve won nine Scudetti in a row.”

Sneijder made 116 appearances for Inter during a four-year spell at the club, scoring 22 goals.