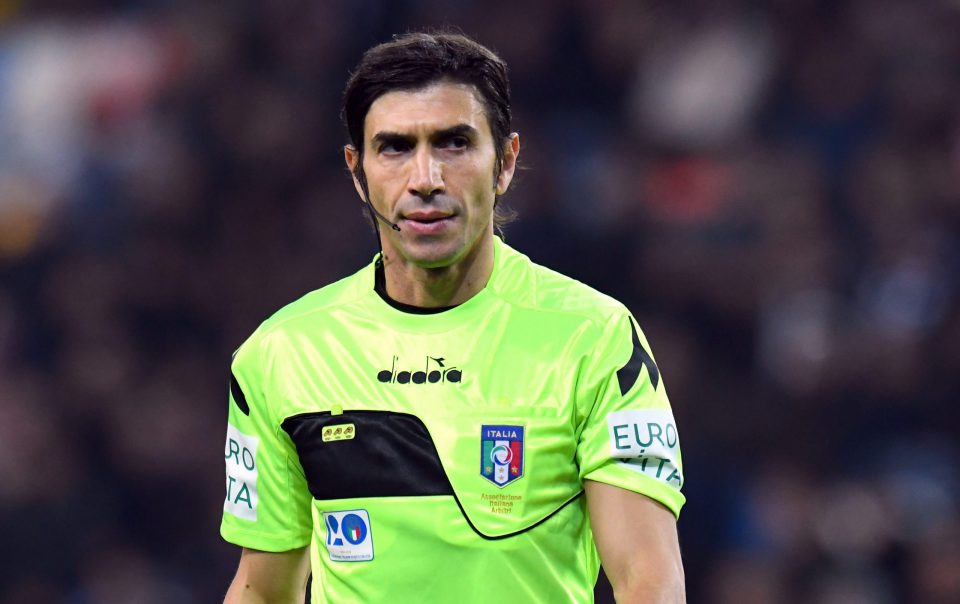 Inter have been left furious by the performance of referee Gianpaolo Calvarese during their 3-2 defeat to Juventus in the Derby d’Italia, according to Italian journalist Matteo Barzaghi.

The Nerazzurri fell to a controversial defeat at the Allianz Stadium yesterday as Juan Cuadrado netted a late penalty, whilst both sides were awarded spot kicks in the first half and saw a man sent off. Inter also saw a Lautaro Martinez strike disallowed, whilst a Giorgio Chiellini own goal was initially chalked off before being overturned.

Appearing on Italian television channel Sky Sport Italia today, reporter Barzaghi revealed the sense of frustration within the Inter camp and suggested that it was tempered by the fact that Antonio Conte’s side have already won the Scudetto.

“I’ll report the position of the club, the Nerazzurri are quite angry and think it is lucky they weren’t playing for anything,” Barzaghi stated.

Assistant coach Cristian Stellini refused to discuss the incidents in question when deputising for Conte in the post-match press conference, but hinted at frustration and Barzaghi claimed that there was greater annoyance in private than what the club were showing.

Meanwhile, Inter are expected to finalise a €270 million loan this week in order to ease their financial concerns, and upon receiving this, President Steven Zhang will meet Conte for discussions over the immediate future of the club.