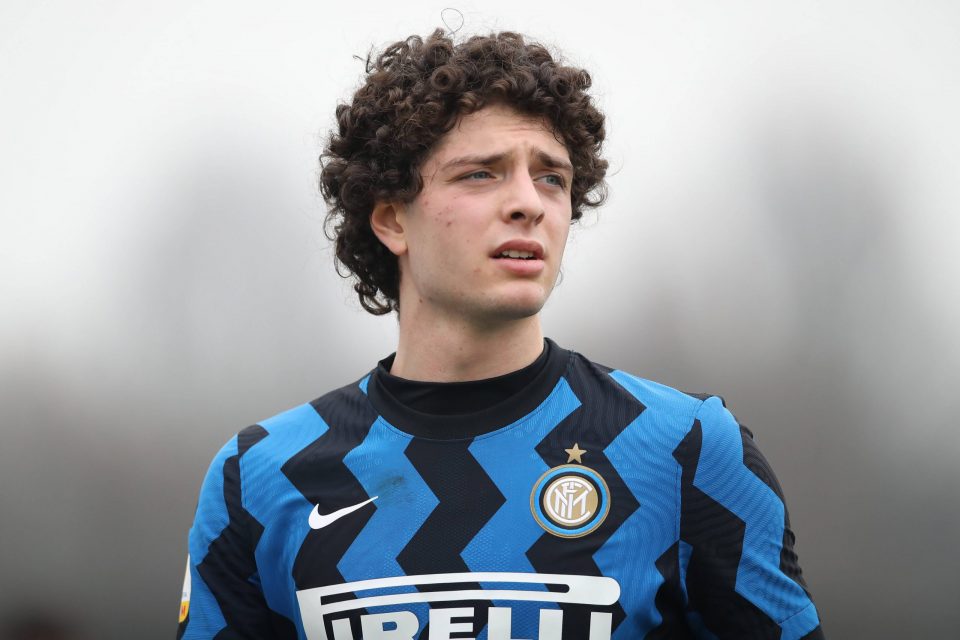 Inter are about to tie down one of their most promising young talents to a new contract, according to a report in the Italian media today.

FcInterNews.it said the Nerazzurri were planning to hand a new three-year deal to Primavera midfielder Riccardo Boscolo Chio, which would keep him at the club until 2024.

Negotiations between the parties are ongoing but they are thought to be close to reaching an agreement over the 18-year-old.

After that, Inter will give Boscolo Chio his first taste of senior football by sending him out on loan to gain experience next season.

Boscolo Chio has made 10 appearances for Inter’s youth teams this season, eight of which have come for Armando Madonna’s Primavera team (the most senior team in Inter’s academy).

He has also played once in the Coppa Primavera and once for the Nerazzurri’s under-18s, with a total of 452 minutes under his belt.

Boscolo Chio will now take the next step in his promising career away from Appiano Gentile, but Inter are no doubt eager to bring him back to the club once his loan is over.