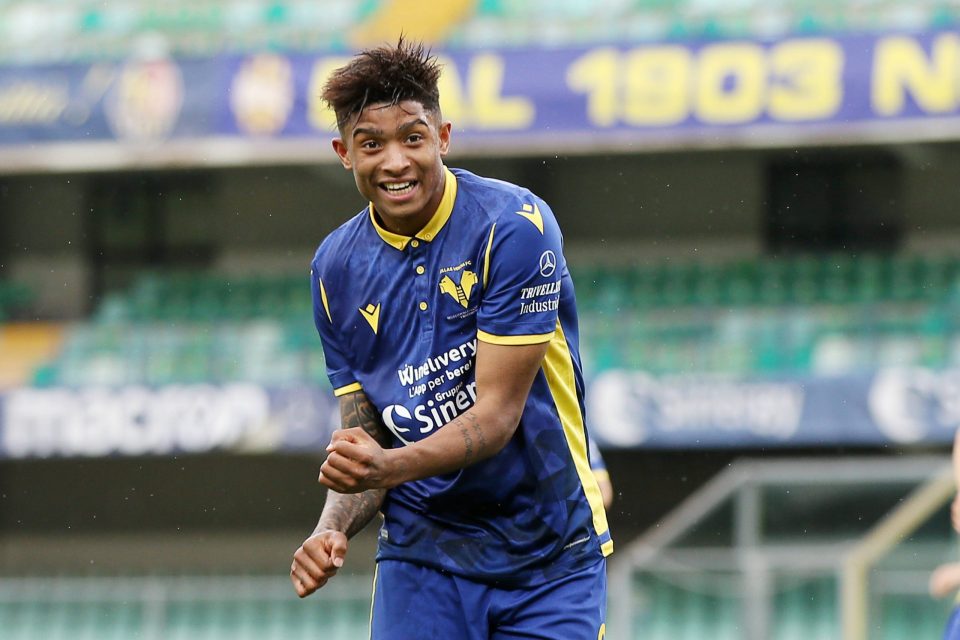 Inter have found their new fourth-choice striker for next season, according to a report in the Italian media today.

As per Gazzetta dello Sport’s print edition, Eddie Salcedo will return from his loan spell at Hellas Verona and replace Andrea Pinamonti in the Nerazzurri’s attacking line-up.

Inter have decided to put their faith in Salcedo because he fits with the club’s new policy, as he is a versatile young Italian with great potential and a relatively low salary.

Salcedo will turn 20 in October and it is therefore a risk for Inter to throw their weight behind him like this, with the Nerazzurri hoping to make progress in the UEFA Champions League next season.

Inter clearly have confidence in Salcedo’s ability and there are many at the club who think he has the talent to be successful there, the Milan-based paper assured.

Salcedo has proven he can deal with playing under pressure, the report argued, having scored three goals and provided two assists for Hellas Verona this season.

Pinamonti will consider his options and is expected to head elsewhere in search of more game time, having made just seven appearances under Antonio Conte this season.

The 21-year-old will take part in the final phase of the European Under-21 Championships with Italy in the summer and this should help him put himself in the shop window.