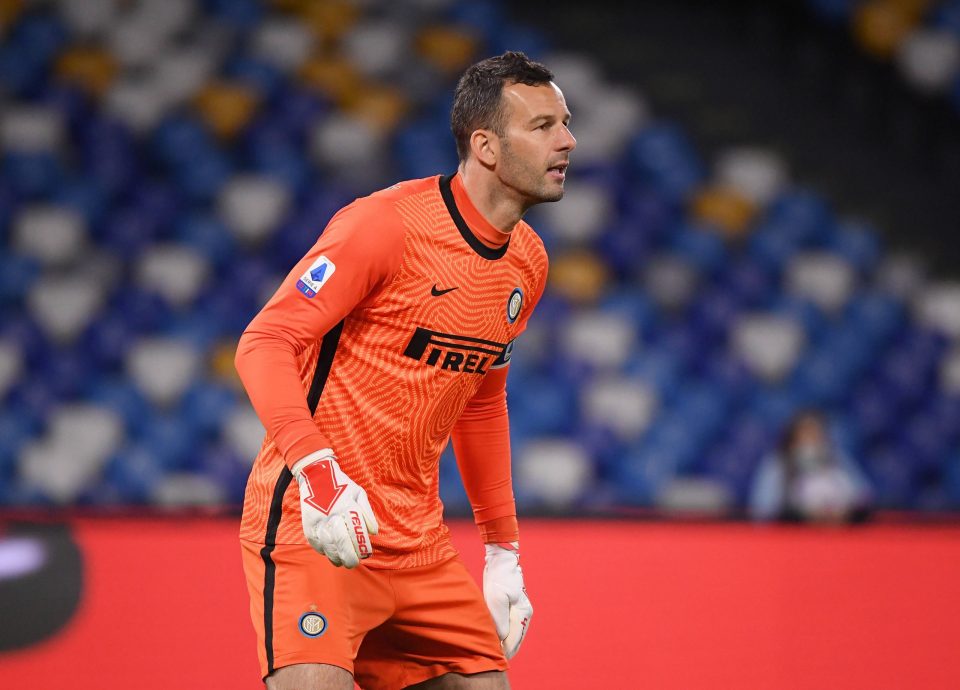 Inter’s goalkeeper made his 328th league appearance for the Nerazzurri during the Derby d’Italia against Juventus, in which Antonio Conte’s side were controversially beaten 3-2.

Handanovic faced two penalties at the Allianz Stadium but was unable to prevent a goal on either occasion, although he did save Cristiano Ronaldo’s effort before he scored on the rebound.

No goalkeeper in Inter’s history has now made more league appearances than the Slovenian, as the club noted in a tweet on Monday.

The Nerazzurri captain has equalled Walter Zenga’s record as the goalkeeper with the most Serie A appearances for Inter 🧤#InterStats 📊 pic.twitter.com/hcP5u3fd6C