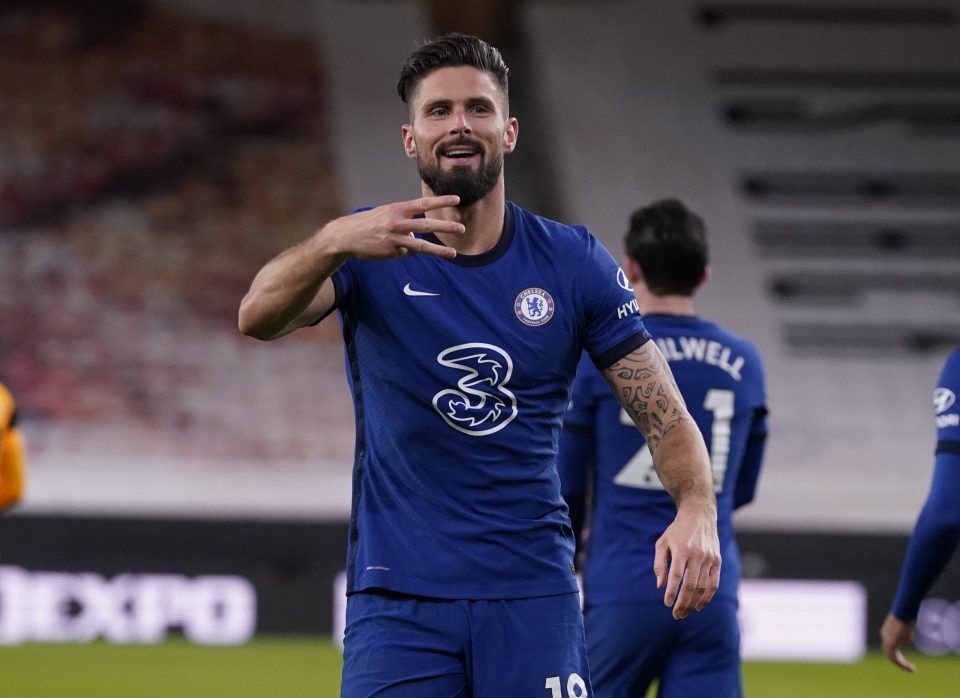 Inter could move for Chelsea striker Olivier Giroud if they were to sell Romelu Lukaku, an Italian football agent claimed today.

Giroud has already played for Antonio Conte in the Premier League and the Frenchman is frequently linked with a move to the Nerazzurri.

The 34-year-old is out of contract with Chelsea in the summer and would therefore be available for free, which could make him appealing to Inter as they battle serious financial problems.

“Olivier could come to Italy,” Vincenzo Morabito, an intermediary who could be involved in bringing Giroud to Serie A, told Radio Kiss Kiss (via FcInter1908.it) today.

“Chelsea are trying to renew his contract but there’s nothing significant there.

“Let’s see what happens with Lukaku and Edin Dzeko: if they leave Inter and Roma, Giroud could arrive in Italy.”

Giroud has made 31 appearances in all competitions for Chelsea this season, scoring 11 goals under Frank Lampard and Thomas Tuchel.

Juventus were also linked with the France forward earlier this year, and it seems his name will continue to appear in transfer rumours for several weeks to come.

Even if Lukaku does not leave Inter, the Nerazzurri are likely to be seeking a striker in the summer to replace Andrea Pinamonti and potentially Alexis Sanchez.