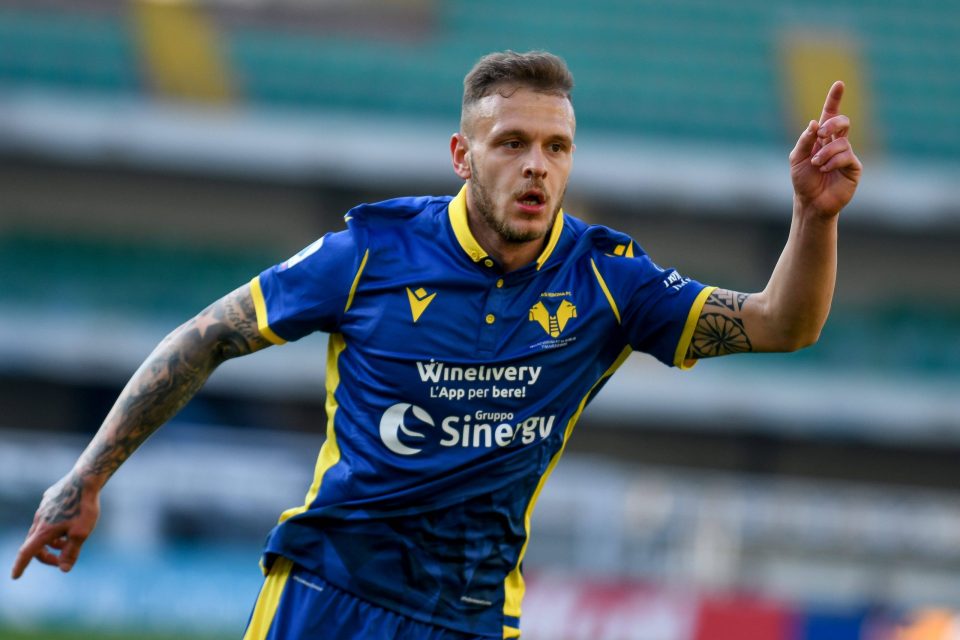 Inter are planning a swap deal of sorts with Hellas Verona, according to a report in the Italian media today.

Tuttosport’s print edition said the Nerazzurri were thinking about recalling Federico Dimarco after his loan spell with the Gialloblu ends in the summer.

Hellas Verona have an option to make Dimarco’s loan move permanent, but Inter want to persuade them to let the 23-year-old return to the Nerazzurri.

In order to do this, they could send goalkeeper Andrei Radu to Ivan Juric’s side as a replacement for the outgoing Marco Silvestri.

Inter are also expected to recall Eddie Salcedo, who is also coming to the end of a season-long loan with Hellas Verona.

Salcedo will either stay with the first team for next season are be sent out somewhere else, but that decision will not be made until the end of the transfer window.

Elsewhere, Ivan Perisic is thought to be interested in a return to the Bundesliga where he has already played for Bayern Munich, Borussia Dortmund and Wolfsburg.

Inter could replace the Croatian by moving for either Emerson Palmieri or Marcos Alonso at Chelsea.