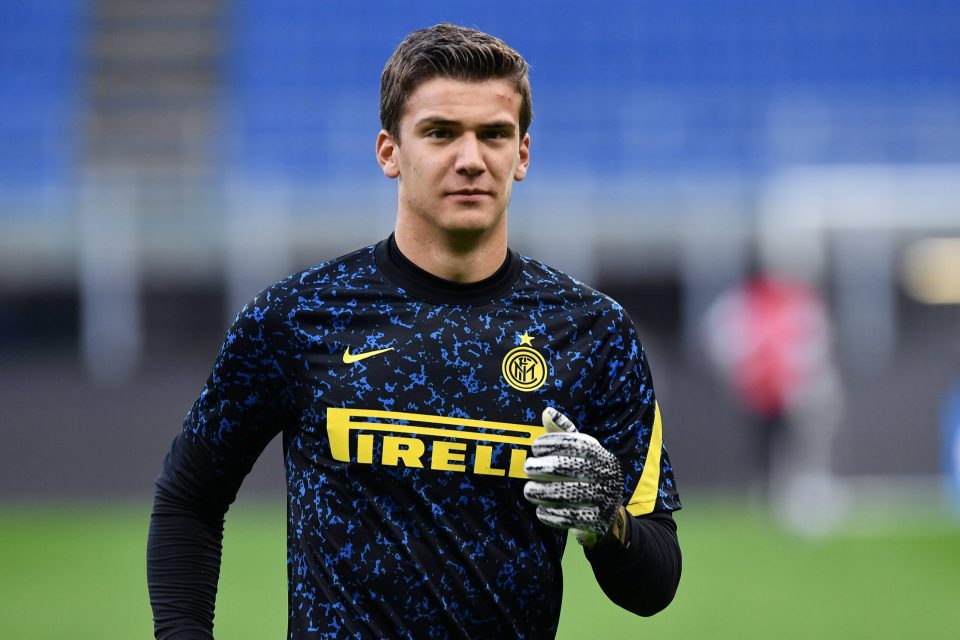 Inter will once again have a Stankovic in their squad next season, according to a report in the Italian media today.

As per Tuttosport’s print edition, Filip Stankovic will become the Nerazzurri’s third-choice goalkeeper when Daniele Padelli is released in the summer.

Padelli is out of contract and will not renew his deal with Inter, with reports previously linking him to his former club Udinese.

Stankovic, who is Dejan Stankovic’s second son, is captain of Inter’s Primavera team and has already joined Antonio Conte’s squad in training this season.

The 19-year-old has made 15 appearances for Inter’s Primavera side this season, keeping seven clean sheets for Armando Madonna’s team.

He was on the substitutes’ bench for six first-team matches in Serie A earlier in the campaign, as well as all six of Inter’s UEFA Champions League group stage games.

Stankovic has made one appearance for Serbia’s under-19 side, which came back in October 2019.