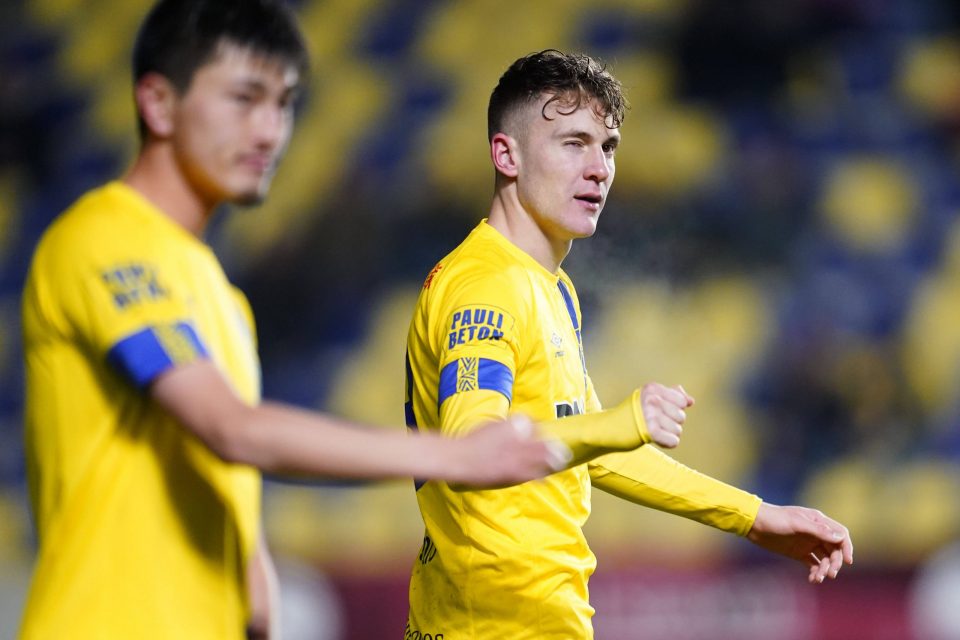 Former Inter Primavera star Facundo Colidio admits he is still dreaming of returning to the Nerazzurri one day.

Colidio is coming to the end of a two-year loan at Sint-Truiden, who finished 15th in the Jupiler Pro League (Belgium’s top flight) this season.

The forward took Inter’s academy by storm after joining the club in 2017, helping the Nerazzurri secure their ninth Campionato Primavera title in his first year.

“It remains a dream to play with Romelu Lukaku at Inter,” Colidio, who has scored twice and provided three assists for Sint-Truiden this season, told FcInterNews.it earlier this week.

“I think any player would enjoy training with Inter’s first team and then play with them.

“I don’t know what the future holds for me, though.”

Colidio has already had the opportunity to train with Inter’s first team, when the Nerazzurri were still coached by Luciano Spalletti.

“It was a great experience, something very big,” he recalled.

“That helped me gain experience, training with players of that caliber helps you learn a lot.

“I can’t single out anyone in particular because if you play for Inter you have to be a great player; they’ve shown that by winning the Scudetto this season.”

Inter have won their first Serie A title in 11 years this season and Colidio said he had followed his parent club’s progress throughout the campaign.

“They’re the best team in Italy and they’ve proven it on the pitch,” the striker argued.

“I’m very happy Inter won the Scudetto, they deserved it.”

Asked what was said back in Belgium about Lukaku, Colidio revealed: “They all admire him.

“People are saying the Scudetto was won in a large part thanks to Romelu, for his commitment to the team.”

Colidio joined Inter in a €7 million deal from Boca Juniors in 2017, after the Nerazzurri beat off competition from Juventus to secure the striker’s services.

“I don’t feel any pressure from the fans though, at most it’s me who wants to prove they made a good decision to pay that much for me.

“I picked Inter (over Juventus) because of their history, and for their tradition with Argentine players.”

Javier Zanetti played a key role in Colidio’s signing and continues to rate the 21-year-old’s prospects.

“He was key to bringing me to Inter,” Colidio confirmed.

“When I arrived he gave me a great welcome, he’s a great person.

“Everyone admires Zanetti, it’s not a coincidence he’s so important for the club.”

Colidio also thanked Inter for ‘two great seasons’ with the Primavera, where he had the chance to ‘learn a lot’ and play alongside numerous other talented youngsters.

The striker revealed he was still in contact with his former teammate Eddie Salcedo, before going on to pinpoint his favourite moment while playing in the Nerazzurri’s academy.

“I scored a double against Roma at San Siro and that remains special,” he recalled.

“Playing in a stadium with that much history, while dreaming one way of doing it with the first team, was an unforgettable feeling.

“I also enjoyed scoring the goal which clinched the Scudetto against Fiorentina, though.”

Asked if he could stay for a third season with Sint-Truiden, where he has played in an unfamiliar central midfield role on occasions, Colidio assured: “No, definitely not.

“I’ll go back to Inter with whom I still have one year on my contract, then we’ll see.

“It’s important for me to play, especially seeing as I’m young.

“Obviously I’d like to play in Serie A, just for what the league means.

“But I don’t know what my future will be.”