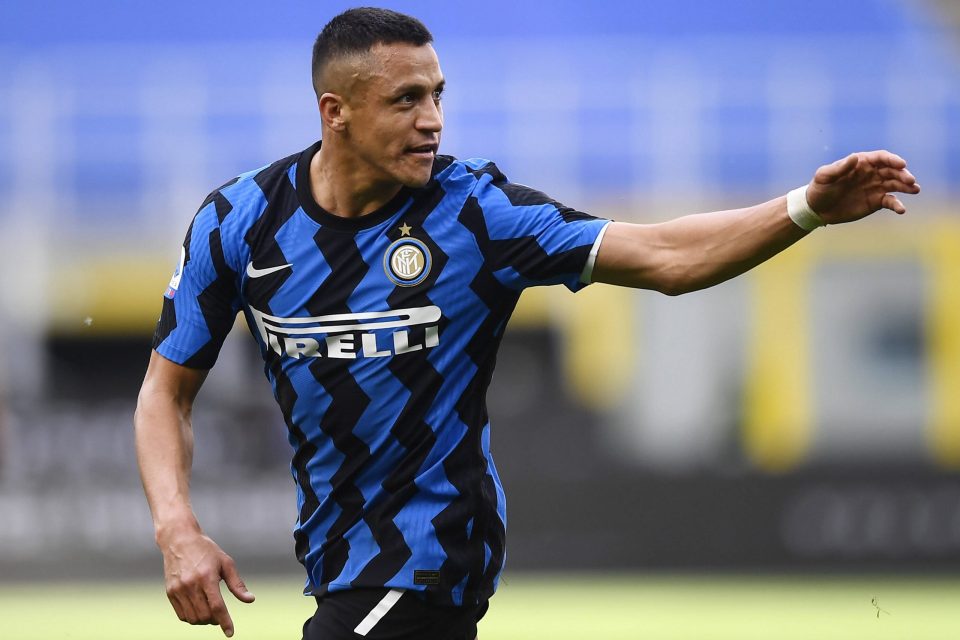 Inter could recover both of their Chilean stars for Sunday’s Serie A finale against Udinese, according to a report in the Italian media today.

As per Tuttosport’s print edition, Arturo Vidal and Alexis Sanchez are hoping to regain fitness in time to feature against Luca Gotti’s side at San Siro.

Sanchez trained separately from his teammates yesterday as he continues to recover from the sprained ankle he sustained against Roma last week.

Vidal, meanwhile, has not featured under Antonio Conte since undergoing knee surgery more than two months ago, but he too is hopeful of recovering in time.

Nicolo Barella and Aleksandar Kolarov are both set to miss out against Udinese, with both players receiving treatment on their respective problems on Wednesday.

Inter will finally lift the Serie A trophy after their fixture with the Bianconeri, having wrapped up their first league title in 11 years at the start of this month.