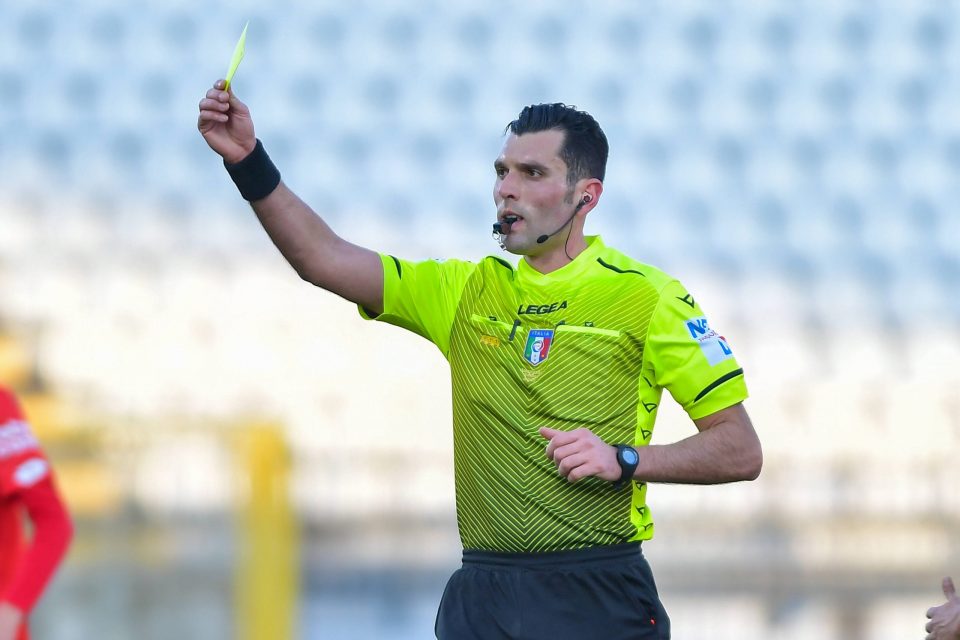 Inter will meet a new referee on Sunday when they finish their triumphant Serie A campaign at home to Udinese.

Manuel Volpi is due to take charge of the Nerazzurri’s matchday 38 fixture at San Siro, after which Antonio Conte’s side will finally be presented with the Serie A trophy.

Daniel Amabile will act as fourth official for the match against the Bianconeri, while Luca Banti is set to oversee VAR duties.

Inter’s final game of the season will kick off at 15:00 CET, allowing plenty of time after the final whistle to celebrate the club’s 19th Scudeto.

Volpi, 32, has taken charge of four Serie A games this season and two of them involved Sunday’s opponents, with mixed results for Udinese.

Luca Gotti’s side lost 2-0 at home to Benevento on matchday 12, before Volpi officiated their matchday 24 victory at home to Fiorentina (1-0).

Inter are hoping Arturo Vidal and Alexis Sanchez will recover in time to feature this weekend, while Nicolo Barella and Aleksandar Kolarov are set to miss out.