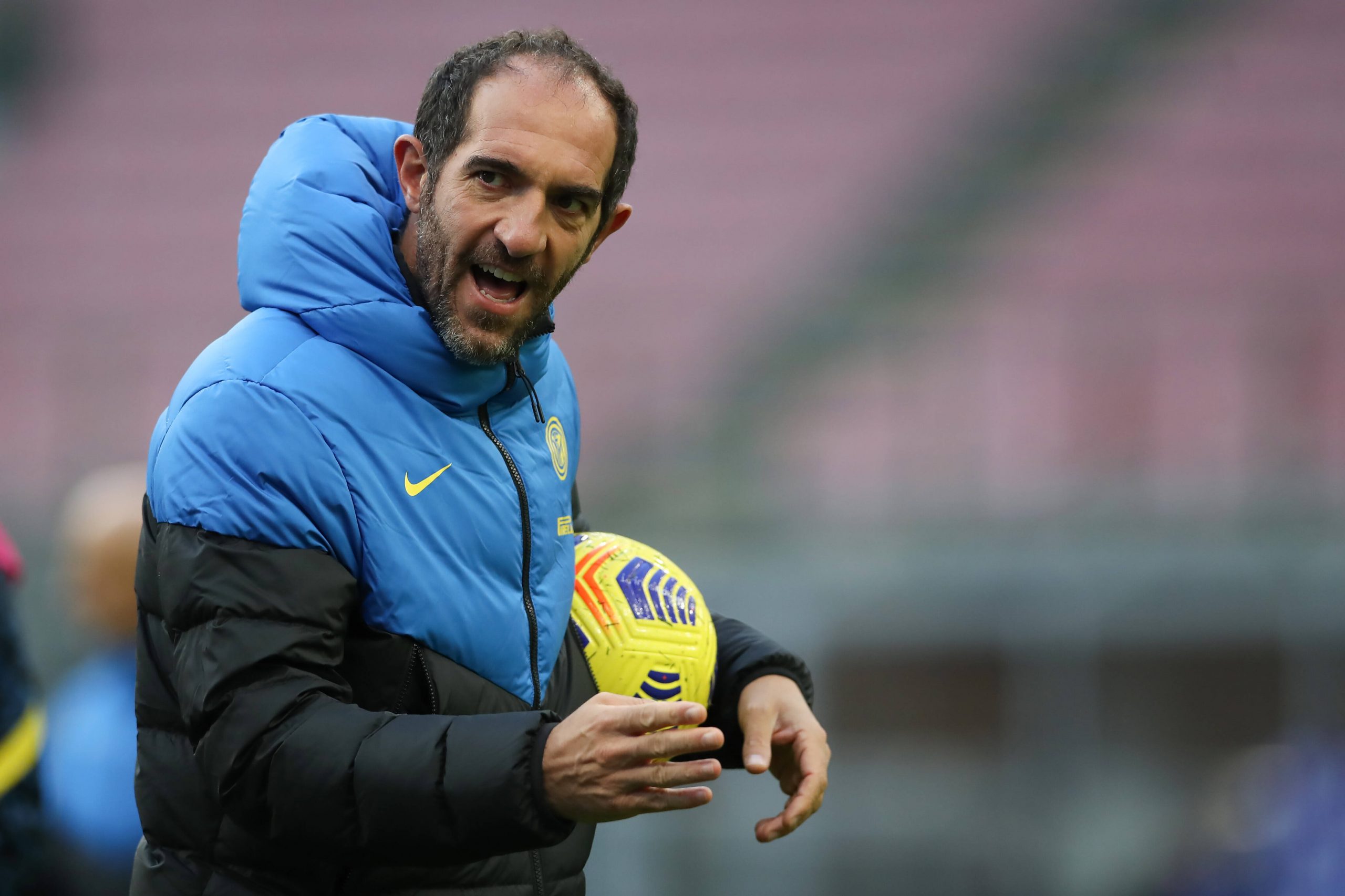 Inter assistant coach Cristian Stellini suggested that Antonio Conte’s future was dependent on the owners at the club, but the coach was still enthusiastic.

Conte has led Inter to a first Scudetto since 2010 but his future has been cast into doubt, with owners Suning looking to cut costs over the summer and the coach set to meet with President Steven Zhang tomorrow.

Speaking to Italian television broadcaster DAZN following the final whistle of the Nerazzurri’s 5-1 win over Udinese today, Stellini insisted that Conte’s future was in the hands of the owners and their direction for the club.

“It is clearly a relevant question. We should take a step back and start again from what happened two years ago, at the beginning of what was meant to be a three-year project to bring Inter back to the top, in Italy and in Europe,” Stellini declared.

“We succeeded, and the empathy created is rare. That project should continue, but this is an answer that the club will have to give, as the owners are the first authors of the project.

“On our part there is enthusiasm to continue, as elite coaches need top projects. The possible sale of the best players could change the cards on the table, but it is up to the club and their choices to give an account to the coach.

“I don’t know about meetings and any discussions about it at the moment, but the club will decide the fate. The next few days will be decisive.”

However, Stellini insisted that he was still optimistic about his and Conte’s future at the club and was keen to build on Inter’s success, having ended nine years of Juventus’ dominance.

“We are super optimistic. We have created what we wanted, a team that excels in Italy and able to do so in Europe as well.

“We do not want to miss this opportunity. Winning and ending the monopoly of Juventus was a difficult task, and the fruit of everyone’s work. An important team like Inter needs time to grow.”

The win over Udinese came after a memorable season for the Nerazzurri and striker Romelu Lukaku was in tears as the team lifted the trophy, and Stellini was full of praise for the Belgian international.

“Everything is happening, a lot of people have come here to rejoice in this victory. It’s been too long since Inter’s last success, the fans deserve all this joy.

“Romelu is a very sensitive boy. He has the body of a super athlete and a big heart, something that has inspired others from day one. You don’t find such values ​​every day.

“With Conte, sooner or later he had to find this relationship and fortunately at Inter he has exploded. But all the boys, from the first to the last, have grown a lot along this path. Thanks to all the fans,” Stellini added.