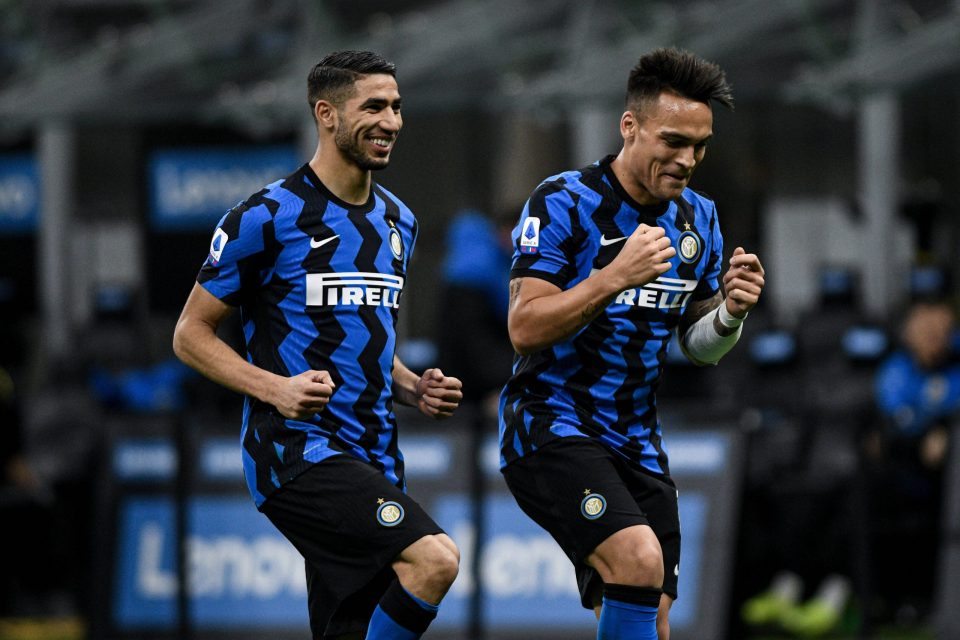 Antonio Conte has warned Inter against selling any of seven key players, according to a report in the Italian media today.

Conte wants to continue as Inter’s head coach because he has created a special bond with his players, and because he thinks they can win Serie A again next season while making progress in Europe.

However, there are certain requests he will make to Zhang when the pair meet to discuss his future, and keeping those seven stars is one of them.

Conte will also ask for another left-footed wing-back in the transfer window, with Ashley Young set to be released when his contract expires.

He is expected to request either Emerson Palmieri or Marcos Alonso from Chelsea, but Inter are more likely to recall Federico Dimarco from his loan spell at Hellas Verona.

Conte also wants another midfielder and a new fourth-choice striker, as Andrea Pinamonti is expected to leave after struggling for game time.

Udinese captain Rodrigo de Paul is his dream signing in midfield, but the Bianconeri want €40 million to sell the Argentine (although they might accept a player as collateral in the deal).

Luis Muriel would cost €30 million in attack while Olivier Giroud wants a very high salary, so Inter might need to recall Eddie Salcedo from Hellas Verona as a low-cost alternative.