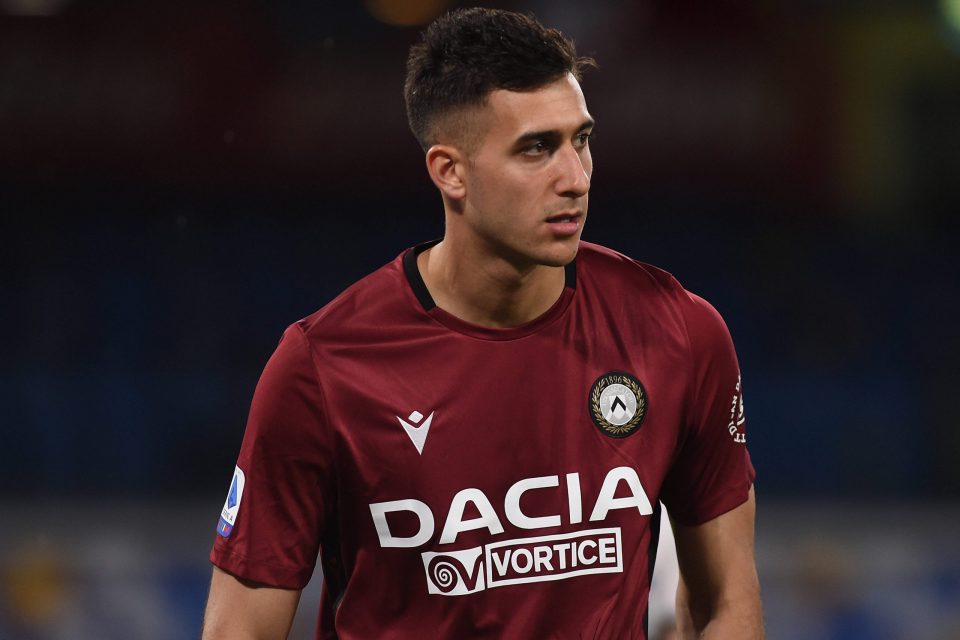 Inter will need to beat off competition from Atalanta if they want Juan Musso, according to a report in the Italian media today.

Tuttosport’s print edition revealed Atalanta had joined the race to sign the Udinese goalkeeper, as they seek a replacement for Pierluigi Gollini and Marco Sportiello.

Udinese want at least €20 million to sell Musso and it seems a bidding war could be on the cards for the 27-year-old.

Inter are being linked with Musso but they will not make any transfer movements until after Antonio Conte has clarified his future with Steven Zhang.

Musso endured a difficult afternoon on Sunday as Inter finished their Serie A campaign in style, beating Udinese 5-1 at San Siro.

Inter are widely thought to be seeking a goalkeeper this summer, although Samir Handanovic will probably remain first choice for another season anyway.