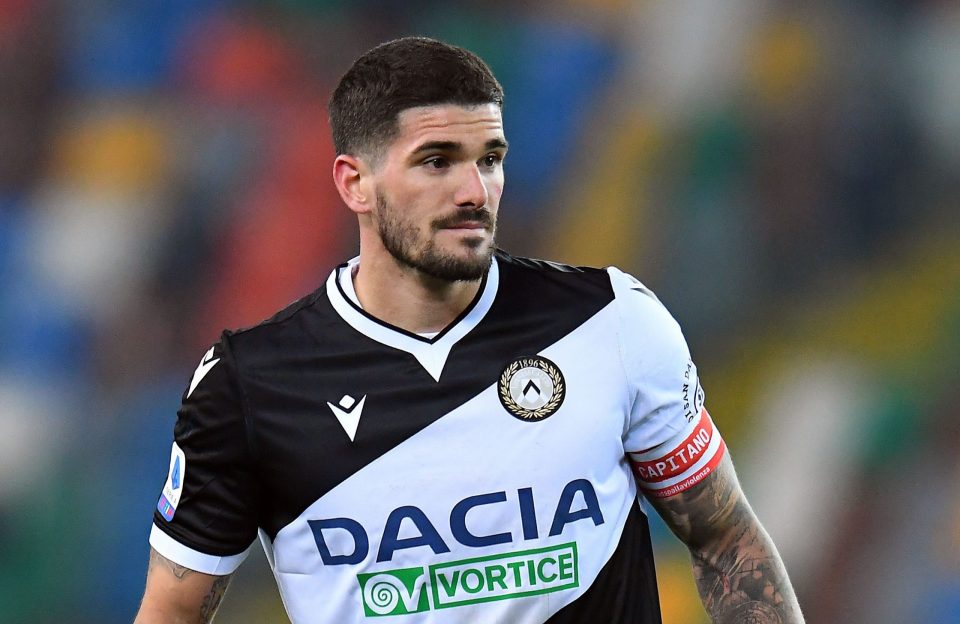 Rodrigo de Paul is free to decide his own future amid speculation linking him to Inter, Udinese owner Giampaolo Pozzo revealed today.

Inter are being consistently linked with De Paul as they seek reinforcements in midfield for next season, with Antonio Conte known to be an admirer.

De Paul seemed to bid farewell to Udinese on Sunday when Luca Gotti’s side were thrashed 5-1 at San Siro, but Inter’s financial situation is likely to make a move difficult.

“He will decide his future, but if he wanted to stay I’d be ready to offer him an improved contract.”

De Paul joined Udinese from Valencia in 2016 and has since made 184 appearances in all competitions, scoring 34 goals and providing 36 assists.

This season alone, the Argentine has scored nine goals and provided 10 assists in Serie A for Gotti’s side.

The impression is that this will be the summer when De Paul finally leaves Udinese, although it sounds as if Pozzo will want a lot of money to sell his captain.