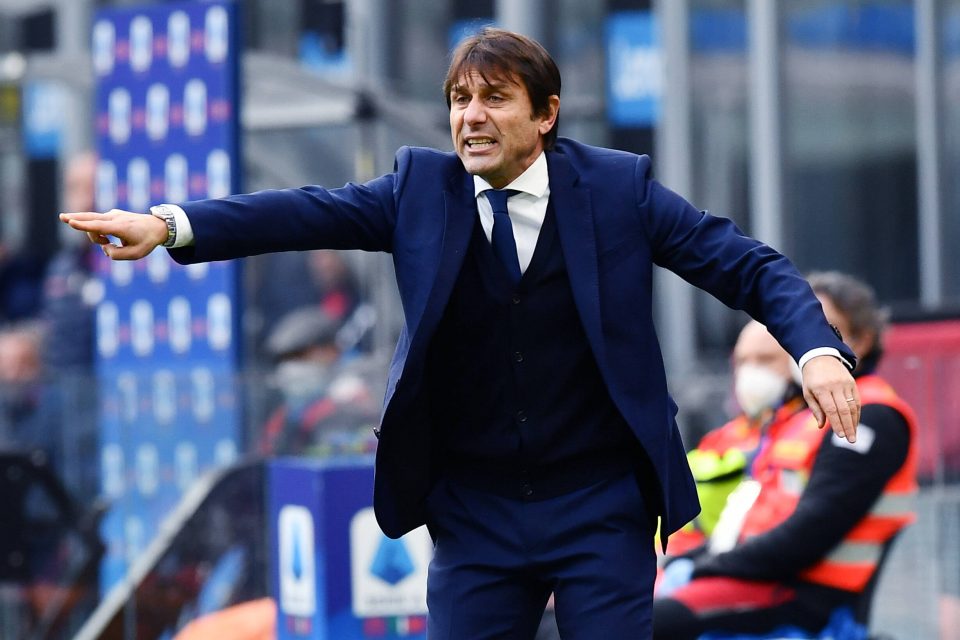 Antonio Conte could leave Inter by mutual consent due to the club’s financial woes, a leading Italian broadcaster confirmed this morning.

Sky Sport Italia said there was likely to be a ‘clarification’ in the coming hours, although Inter’s directors have already been clear with Conte about the current situation.

Inter must finish the upcoming transfer window with a profit of at least €70-80 million while also cutting their wage bill by 15-20%.

This means at least one big player will need to be sold, and that is likely to push Conte out of the exit door.

Conte would want to keep all his star players because he was sold a very different project to this when he joined the club two years ago.

Inter promised a three-year project which became increasingly ambitious each season, but everything has changed in recent months.

Which key players could be sold depends on how the market evolves, the report explained, but it would be a case of seeing who could guarantee Inter the biggest capital gains.

Lautaro Martinez, Alessandro Bastoni, Achraf Hakimi and Nicolo Barella are all potential options then, while Romelu Lukaku cost a lot and therefore wouldn’t provide such a big profit.

Inter’s directors are trying to work on diplomacy at the moment and Sky said ‘nothing could be excluded’ as things stood.