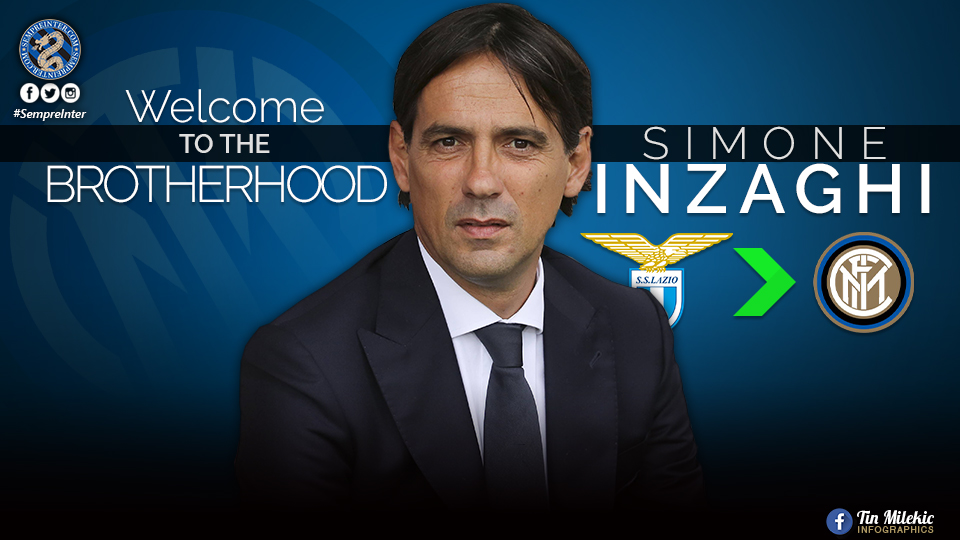 Inter have found their new head coach and his name is Simone Inzaghi, according to a leading Italian transfer expert.

Gianluca Di Marzio said the Nerazzurri were on the verge of finalising a two-year deal to hire Inzaghi as Antonio Conte’s replacement.

Inzaghi will speak to Inter on the phone shortly and that should secure the agreement once and for all, despite Lazio’s best efforts to keep him.

Inter will pay Inzaghi an annual salary worth €4 million, less than a third of what Conte was due to earn in the final year of his contract.

Inzaghi agreed a new three-year deal with Lazio president Claudio Lotito last night, but he never put pen to paper and Inter came back in with a new bid today.

Lotito did not want to accept any further delays to their negotiations and has withdrawn his offer, paving the way for Inter to hire Inzaghi instead.

Inzaghi is now free to join up with Beppe Marotta and Piero Ausilio at Inter, who will soon be able to start planning their Serie A title defence.

Lazio hired Inzaghi to replace Stefano Pioli in 2016 and have since won a Coppa Italia and two Supercoppa Italiana titles under his guidance.

Inzaghi also secured two fourth-place finishes for Lazio in Serie A, with one of those (in the 2019-20 season) securing qualification for the UEFA Champions League.