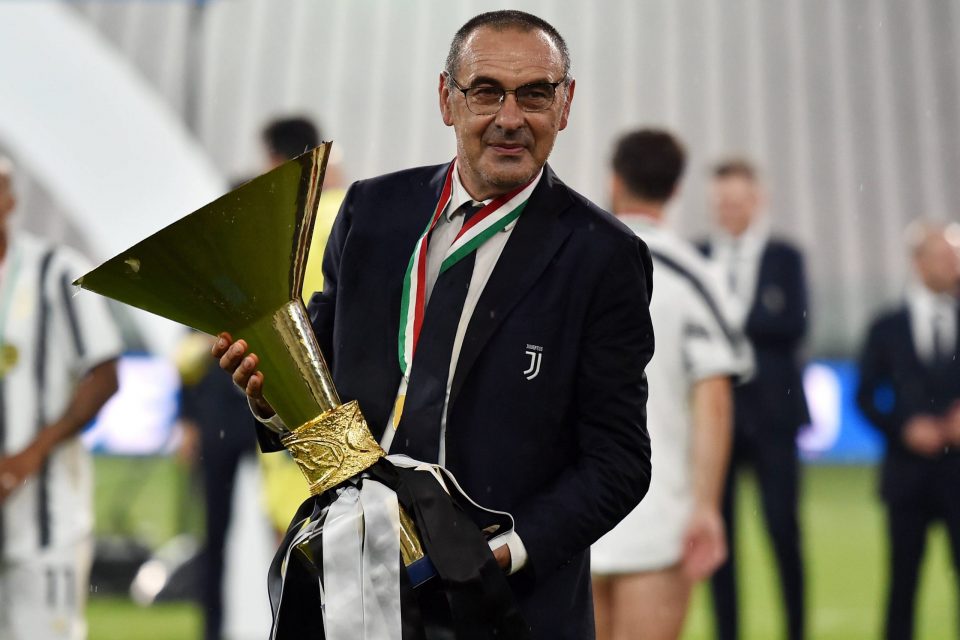 Inter made contact with Maurizio Sarri this morning, according to a report in the Italian media.

As per FcInter1908.it, the Nerazzurri are exploring several options to replace Antonio Conte after he left the club by mutual consent last night.

Inter have got in touch with Sarri about becoming their next head coach, following his title-winning season with Juventus last year.

Sarri could bring Giovanni Martusciello back to Inter with him, after he worked with Luciano Spalletti a few years back.

Inter tried until the very last moment to persuade Max Allegri to join the club, and Beppe Marotta even had dinner with him last night.

However, Marotta was unable to convince Allegri to come and he will now go back to Juventus, where he previously won five league titles.

Conte leaves after two seasons in charge and having led Inter to their first Scudetto since 2010, but now the Nerazzurri must begin from scratch again.