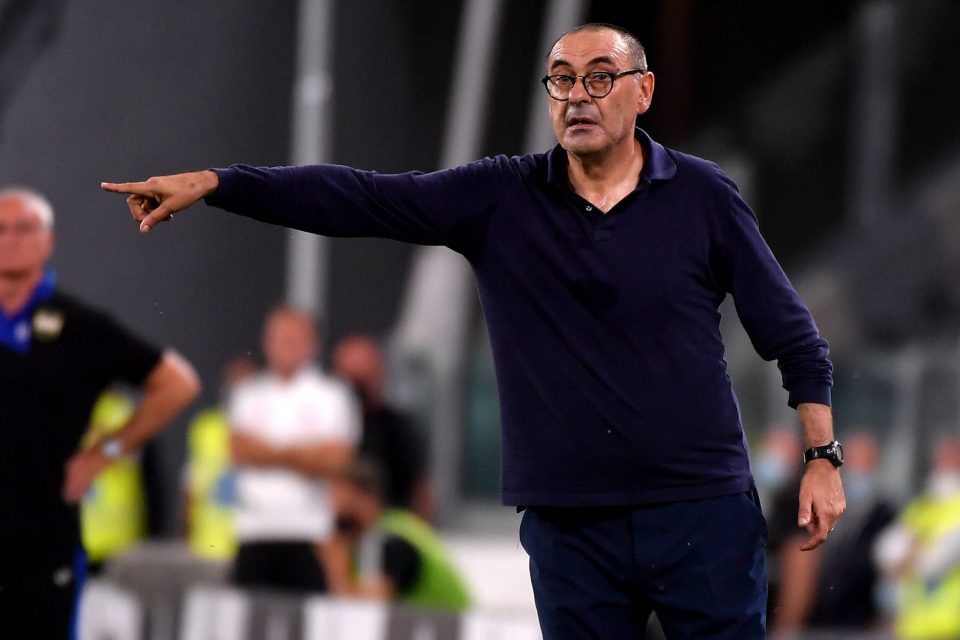 Maurizio Sarri could become a serious candidate for the Inter job on one condition, a leading Italian journalist explained today.

The Nerazzurri have reportedly made contact with the former Juventus and Napoli boss as they seek a replacement for Antonio Conte.

Max Allegri and Simone Inzaghi are no longer available and now it’s Sarri’s turn to take pole position in the race to find a new head coach.

Alfredo Pedulla, who works for Gazzetta dello Sport and is very close to Sarri, tweeted: “If Inter completely changed their tactical setup, Sarri would be a serious candidate.

“He’d release himself (from his contract at Juventus, to join Inter) and he’d only command a salary of around €5-6 million per season.

Sarri is still under contract with Juventus but it seems he could accept Inter’s offer anyway, in order to get back into coaching quickly.

He won the Serie A title with the Bianconeri last season, in what proved to be the last of Juventus’ nine straight Scudetti before Inter became champions under Conte.

Sarri also led Napoli to a second-place finish in 2016 and 2018, coming close to toppling Juventus on both occasions.