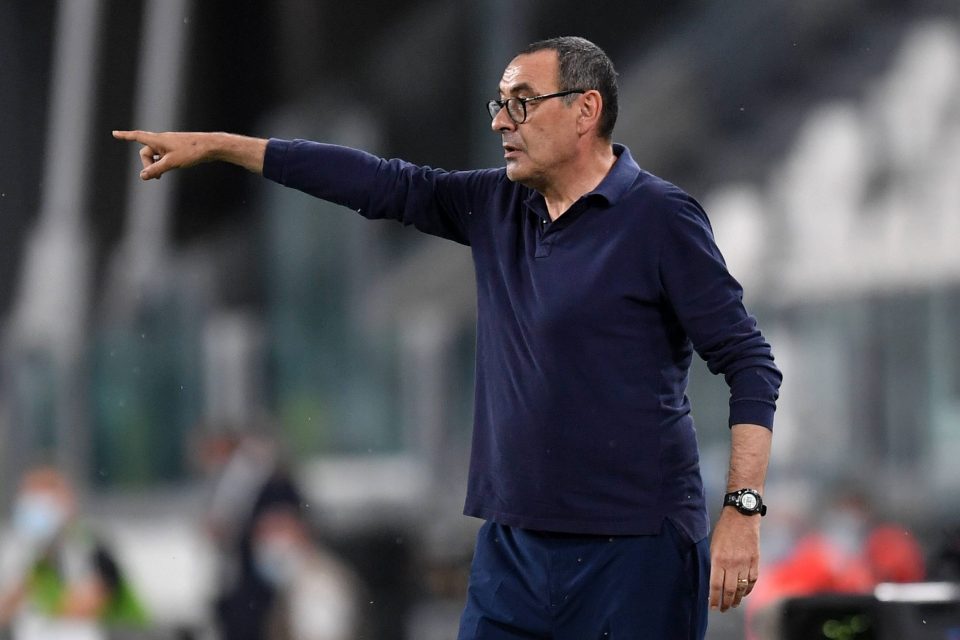 Inter have not put their eggs in the Maurizio Sarri basket just yet, as per a leading Italian broadcaster today.

Sportitalia reported this afternoon that Sarri’s agent Fali Ramadani had left Milan, after the Nerazzurri decided not to pursue a deal.

Sarri is one of the candidates linked with the Inter vacancy after Antonio Conte left, but it seems as if – for now at least – Inter aren’t chasing his signature.

Inter have already missed out on the chance to hire Max Allegri or Simone Inzaghi, who will be at Juventus and Lazio respectively next season.

Conte parted company with Inter by mutual consent last night, after Suning informed him of their intention to cut costs and reduce the club’s wage bill.

Inter’s former boss published an emotional tribute to the club on Instagram today, arguing he had ‘ended the Nerazzurri’s mediocrity’ and got the Nerazzurri right back where they belong.