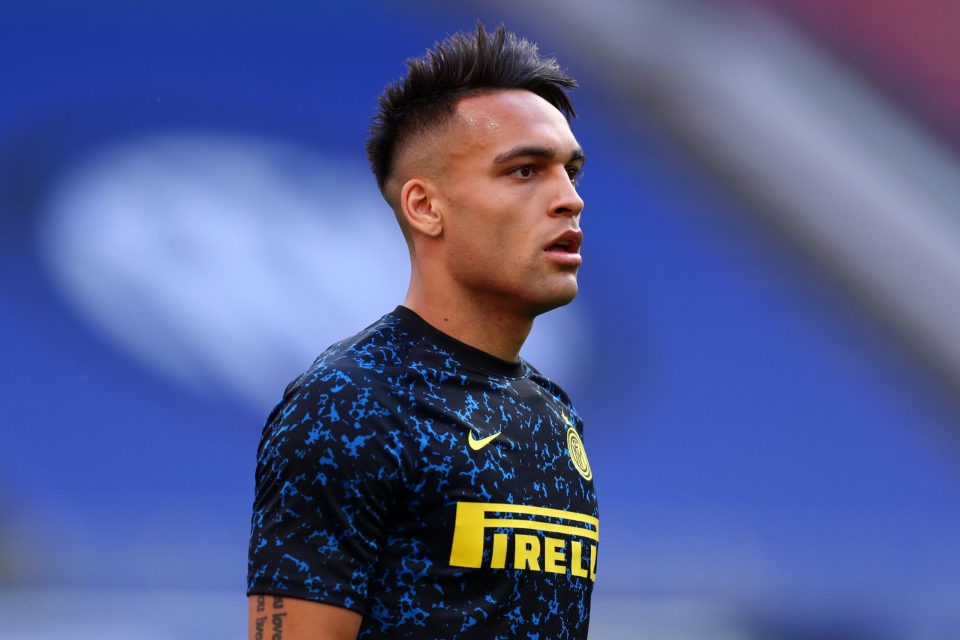 Inter are likely to sell Lautaro Martinez or Achraf Hakimi this summer, according to a report in the Italian media today.

Gazzetta dello Sport’s print edition confirmed the Nerazzurri needed to secure a profit worth €90-100 million in the transfer market, due to their well-documented financial issues.

Inter’s plan is to sell one big player and then get the rest of the money from selling squad or loan players, although it won’t be an easy task for Beppe Marotta and Piero Ausilio.

Hakimi is currently closest to being sold, despite being perfect for Simone Inzaghi’s ideal of play, with offers from right across Europe.

Bayern Munich have made an approach for the Inter wing-back while Real Madrid are considering a deal to re-sign him, but Paris Saint-Germain are closest to making a bid.

PSG sporting director Leonardo has appreciated Hakimi’s talents for some time and is seeking a right-back with an offer ready for €50 million.

Inter could be offered the chance to sign Leandro Paredes as part of the deal, but the Nerazzurri would prefer cash for obvious reasons.

Lautaro is the next closest to leaving after Hakimi, and he could receive a big-money offer from newly-crowned La Liga champions Atletico Madrid (although Real Madrid are also interested).