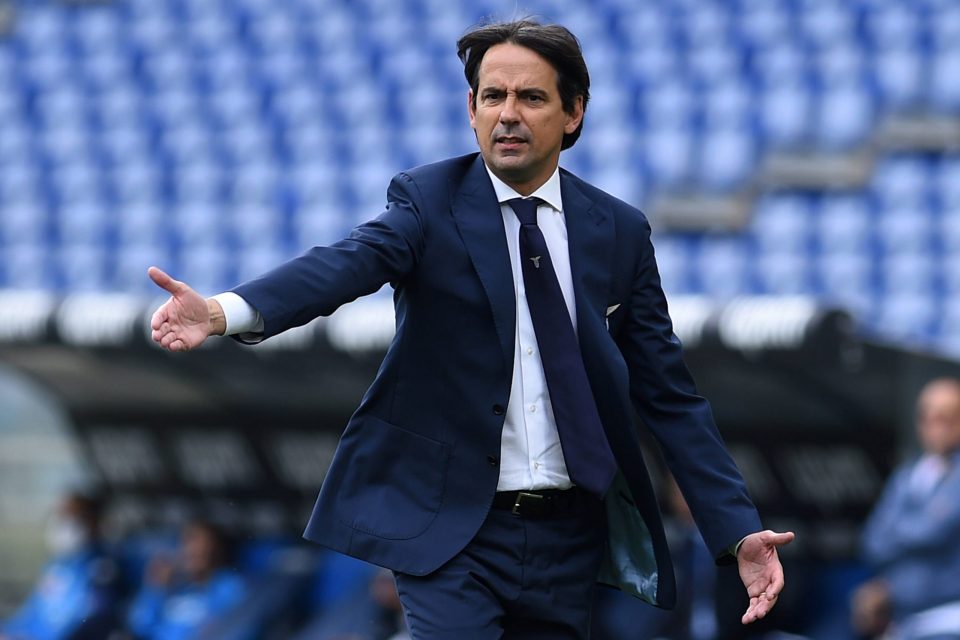 Inter will announce Simone Inzaghi as their new head coach today or during the weekend, according to a report in the Italian media.

Corriere dello Sport’s print edition said Inzaghi changed his mind about staying at Lazio when he received a call from his agent Tulio Tinti, asking if he would be interested in coaching the Serie A champions.

Beppe Marotta’s first choice to replace Antonio Conte was Max Allegri, but Inzaghi will ensure Inter can continue with Conte’s 3-5-2 system and is suited to Suning’s new policy of cutting costs.

What’s for sure, the Rome-based paper argued, is that Inzaghi will accept the sacrifices Inter make in the transfer window without too much hassle.

Inzaghi’s system was apparently a key factor in getting him the Inter job, with numerous other candidates being offered and then rejected by the Nerazzurri for that reason.

Inter made contact with Maurizio Sarri’s agent Fali Ramadani on Wednesday night, for instance, but he was immediately discarded because the club would have had to shake up almost the entire squad.

Inzaghi’s Lazio midfield was focused on quality more than quantity, like Conte’s Inter, so it could be that Christian Eriksen benefits from his appointment.

The Dane is at risk of being sold in the summer but if he stays, he could be a key figure in Inzaghi’s side just like he was with Conte.