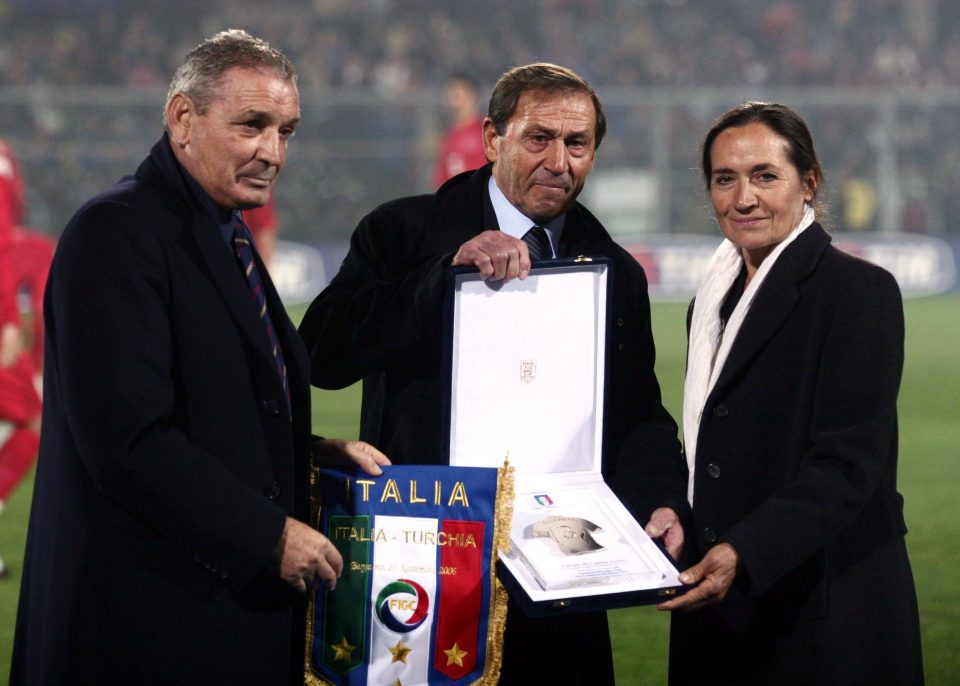 Burgnich spent 12 seasons at Inter and was part of the Grande Inter team which dominated in Italy and in Europe under Helenio Herrera in the 1960s.

He played 467 times for the club and helped them win four Serie A titles, two Champions Cups and two Intercontinental Cups, before leaving in 1974.

“I remember him as a really good person,” Inter’s former owner and president Moratti told Tuttosport for Friday’s print edition.

“Burgnich was a reserved person who achieved success as a coach as well as during his playing career.

“He never moved away from the footballing stage, he played like he lived his life.”

Moratti’s father Angelo was in charge of Inter when Burgnich was playing and Massimo has fond memories of his uniquely shy personality.

“He was a good man, friendly and kind,” Moratti recalled.

“He always gave everything on the pitch and protected his teammates: an exemplary professional, a serious player who did his job.

“Burgnich was the most reserved of all the Inter players: all his teammates used to go and find my Dad, and he was very generous with them.

“But Tarcisio no, he never went into his office because he was embarrassed about coming across as someone who wanted to meet the president just for a nice chat.

“He never changed in the years that followed either; a delightful person, never invasive, educated, with a clergyman brother.

“Burgnich was transparent, not an extrovert but someone who had a friendly attitude towards everyone.”

Burgnich also represented Udinese, Juventus, Palermo and Napoli during a 20-year playing career, but it is his glittering career at Inter that will live long in everyone’s memory.

Inter described Burgnich on Wednesday as ‘a Nerazzurri hero and a relentless gladiator, tough and always loyal’.

“We were fond of each other,” Moratti added.

“I always have huge appreciation for those who were older than me and were affectionate with me.

“Tarcisio was one of those people.”