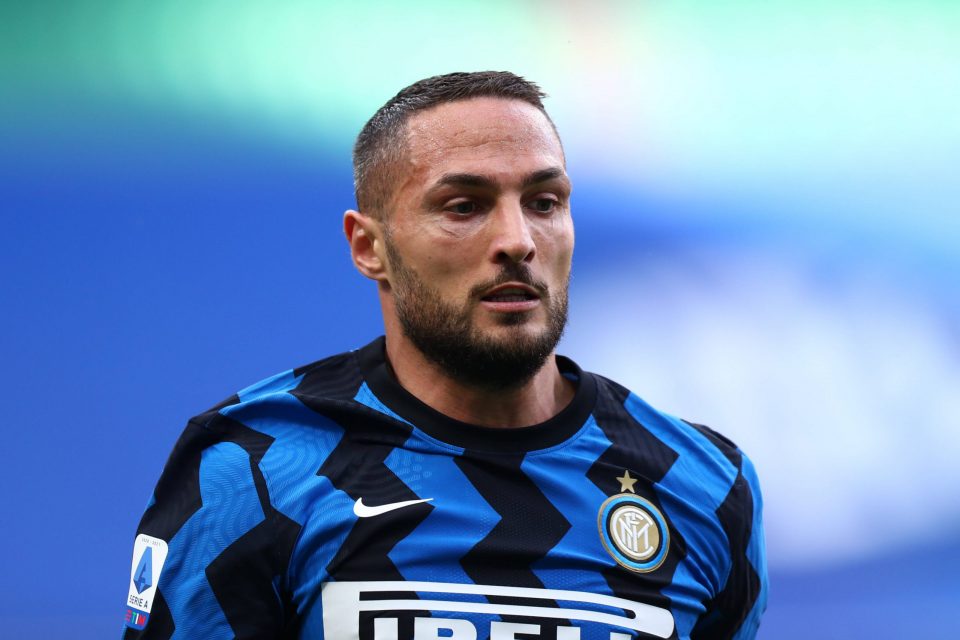 A representative of Inter defender Danilo D’Ambrosio has opened the door to a move to Napoli by suggesting he would be willing to play for new Napoli coach Luciano Spalletti.

D’Ambrosio is out of contract at Inter this summer and whilst the Nerazzurri have an option to trigger an extension, the Italian international holds a counter-clause that would allow him to leave if he receives a more suitable offer from elsewhere.

In an interview with Italian radio station Radio Kiss Kiss earlier today, Bruno Cirillo claimed that D’Ambrosio had enjoyed working with Spalletti during their spell together at Inter, after the tactician was announced as the new Napoli coach.

“Danilo would be happy to return to work with Spalletti, to whom I wish good luck for his new adventure with Napoli,” Cirillo declared.

“It is normal that their names are combined when in the past they worked well. For Napoli it was a stroke of bad luck not to qualify for the Champions League, let’s see if and how their strategies related to the transfer market will change.”

D’Ambrosio joined Inter from Torino in January 2014 and has made 233 appearances for the club, scoring 20 goals, and helped them to the Scudetto this season.

Spalletti, meanwhile, is taking up his first coaching role since being dismissed by Inter in 2019, having been hired by the Nerazzurri two years previously.