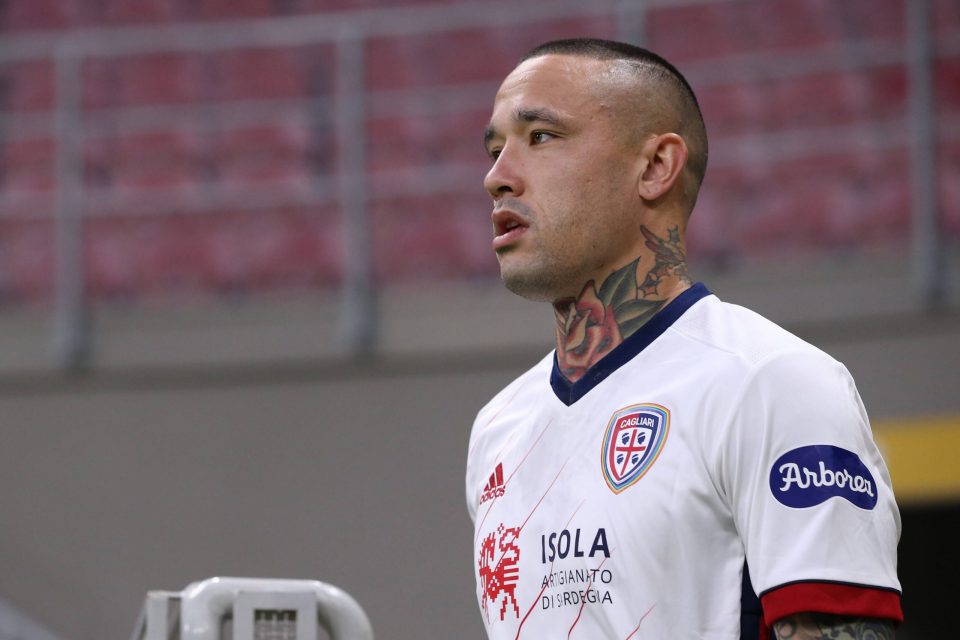 Inter are looking to cash in on their unfavoured players this summer to avoid having to sell more than one first team star, as Achraf Hakimi edges towards the exit.

As reported in today’s newspaper edition of La Gazzetta dello Sport, wing-back Hakimi appears set to depart with Paris Saint-Germain the favourites to land him.

However, the Nerazzurri are determined not to lose any other first team regulars as they battle financial constraints and are targeting players currently away from the club as opportunities to raise funds.

Sporting CP are looking to sign midfielder Joao Mario on a permanent deal after a season on loan and the Portuguese remain confident of securing an €8 million deal.

Similarly, Cagliari want to keep hold of Radja Nainggolan and the Belgian is also keen to remain in Sardinia, whilst his €4.5m per season wages alone would save Inter €9m gross should they offload him.

Inter are hoping to sell Dalbert and Valentino Lazaro, who have spent the season on loan at Rennes and Borussia Moenchengladbach respectively, but are yet to receive an offer or interest for either.