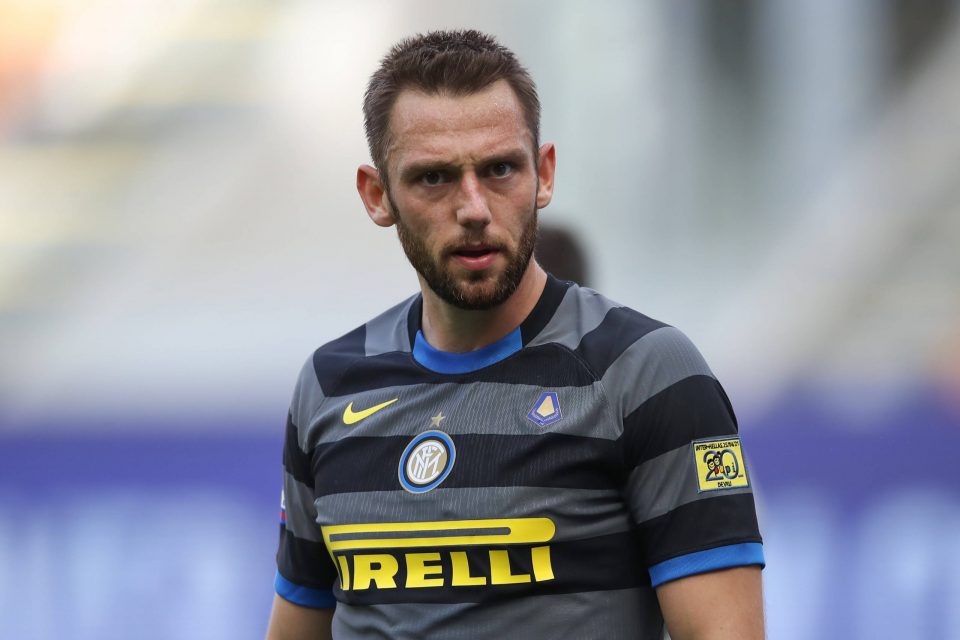 Inter centre-back Stefan De Vrij was overjoyed to have won the first piece of silverware in his career after helping the club to the Serie A title this season.

The Netherlands international featured prominently as former coach Antonio Conte led the Nerazzurri to the Scudetto, securing a first league title for the club since 2010.

In an interview with Nu.nl, De Vrij reflected on a successful campaign with Inter after a condensed season due to the COVID-19 pandemic.

“I think I have played sixty games since last June, after the lockdown. But I’m not tired, on the contrary, I feel in top form,” the 29-year-old claimed.

“Lifting the Scudetto was one of the best moments of my entire career, and my desire is to relive that feeling of winning a title like this again.

“I have finally won my first trophy, I don’t see it as a relief but rather as a release. It did me good, even if I don’t feel like a different person with the Scudetto in my pocket.”

De Vrij also confirmed that he was looking ahead towards the European Championships this summer, as the Netherlands seek a first international trophy since 1988.

The former Lazio defender caught the eye whilst representing his country at the 2014 World Cup in Brazil, as the Dutch fell to a Semi-Final penalty shootout defeat to Argentina.

“With the national team I play differently than at my club, but the most important thing is that the group is close-knit.

“In the 2014 World Cup, perhaps we weren’t at the top in terms of quality, but it was the particularly close dressing room that carried us forward in the tournament. We got very close to the final.

“Maybe things can be repeated at this European Championship. The important thing is to get through the group stage, then anything can happen,” he concluded.

The Netherlands face Ukraine, Austria, and North Macedonia in Group C at Euro 2020.