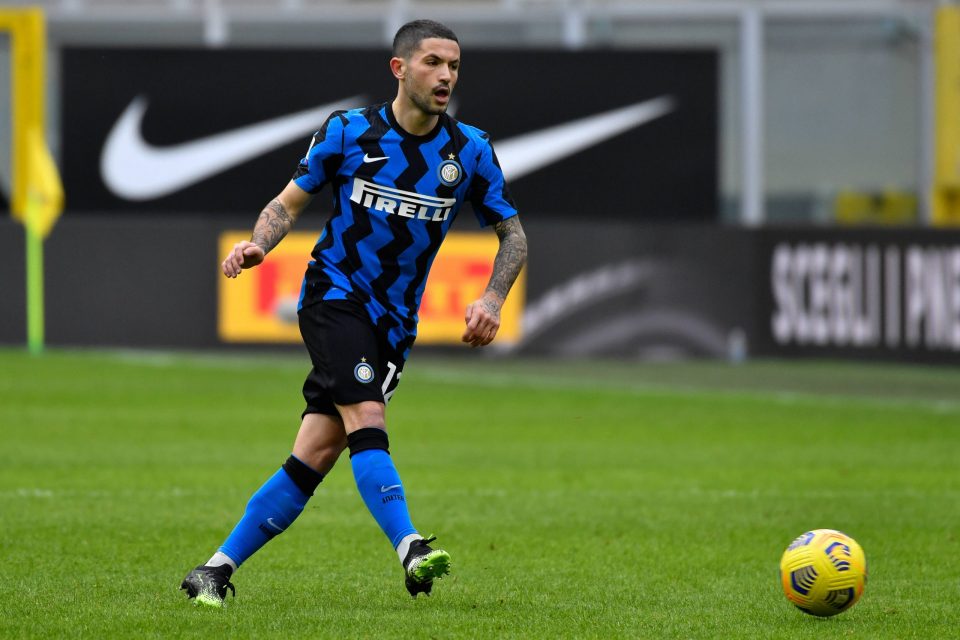 Stefano Sensi has a good chance of staying at Inter this summer, according to a report in the Italian media today.

Gazzetta.it said the Nerazzurri would prefer not to sell the midfielder, despite interest from Shakhtar Donetsk – who are now coached by Roberto De Zerbi, Sensi’s former coach at Sassuolo – and Fiorentina.

Inter signed Sensi from the Neroverdi in a €25 million deal back in 2019, but realistically they could not ask for more than €20 million as things stand.

This is one of the reasons Sensi is likely to stay, because Inter do not want to record a loss from the 25-year-old’s sale.

Elsewhere, Inter are more likely to offload Matias Vecino, who struggled for game time under Antonio Conte and has interest from his former boss Luciano Spalletti at Napoli.

The Nerazzurri would sell the Uruguay international if the right offer arrived, although they wouldn’t get too much considering Vecino’s contract expires next summer.

Arturo Vidal is also on his way out of Inter and that is mostly for economic reasons, with the Chilean set to earn €6.5 million for another season (but there is an option to extend his deal until 2023).

Marseille are interested in the midfielder, with former Chile boss Jorge Sampaoli keen on a reunion, although Vidal himself has always made it clear he wants to stay at Inter.

Simone Inzaghi could opt to put faith in Roberto Gagliardini, meanwhile, albeit only as a squad player to complete the midfield.

Alexis Sanchez is on the transfer list at Inter, while Danilo D’Ambrosio’s position remains uncertain amid interest from Napoli, Roma, Fiorentina and Monaco.