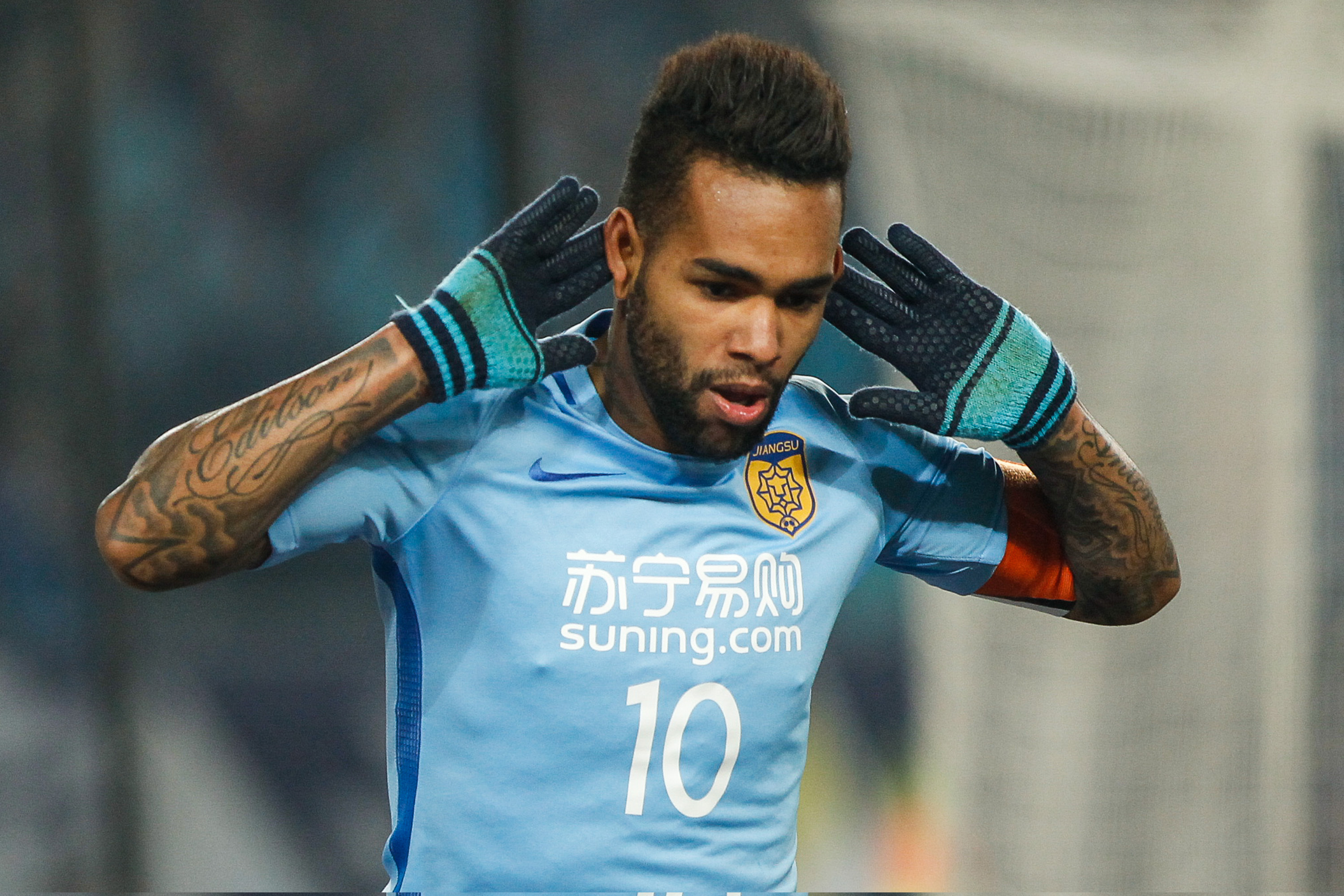 Suning were attacked by their former forward Alex Teixeira today as they continue to battle financial problems at Inter.

Inter’s owners caused controversy in March after they decided to close down FC Jiangsu, their other club which had just won the Chinese Super League for the first time.

None of FC Jiangsu’s players received their salaries and it seems they weren’t the only ones to be left in the lurch.

Teixeira spent five years playing for Suning’s club and wrote on social media, as reported by Corriere dello Sport: “I hope what happened to us doesn’t happen at Inter as well.

“Not only did they (Suning) leave us players without money, they did the same for 60 club employees who were working seriously.”

Inter’s former striker Eder made similar comments after Antonio Conte left the Nerazzurri by mutual consent, accusing Suning of ‘only caring about money’.

Suning purchased a 68.55% stake at Inter in the summer of 2016 and this is undoubtedly their toughest period since becoming the club’s majority shareholders.

Inter are likely to sell at least one key player in this summer’s transfer window, which could be Achraf Hakimi, as Suning look to cut costs.