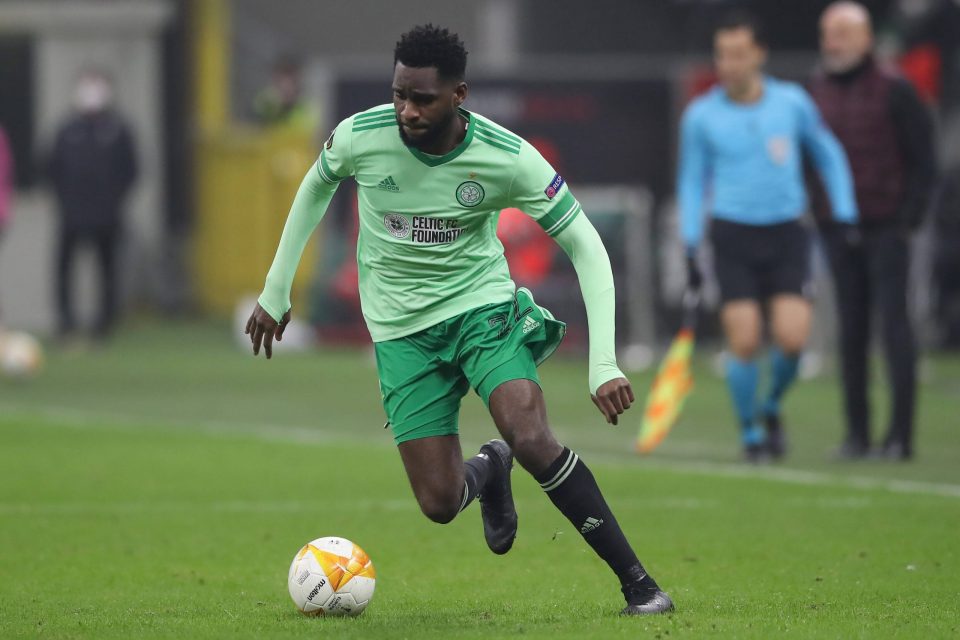 Inter are considering a move for Celtic striker Odsonne Edouard, according to a report in the Italian media today.

Calciomercato.com said the Nerazzurri had requested information on the French youngster and could make a move if Alexis Sanchez or Lautaro Martinez leaves.

Edouard is out of contract with Celtic next summer and this means he could be available for a relatively low fee in this transfer window.

The 23-year-old scored 22 goals in 40 appearances for the Scottish side this season, and he is said to be of particular interest to Inter up front.

Edouard is described as a perfect versatile striker to complete Inter’s attacking options, with physical strength and pace being his main qualities.

Inter need to sort their finances as a priority in the transfer window, but there will also be time to try and secure some intriguing signings for new head coach Simone Inzaghi.

But Leicester City are also interested in Edouard and are preparing to make an offer, so Inter can’t wait too long if they want the striker.