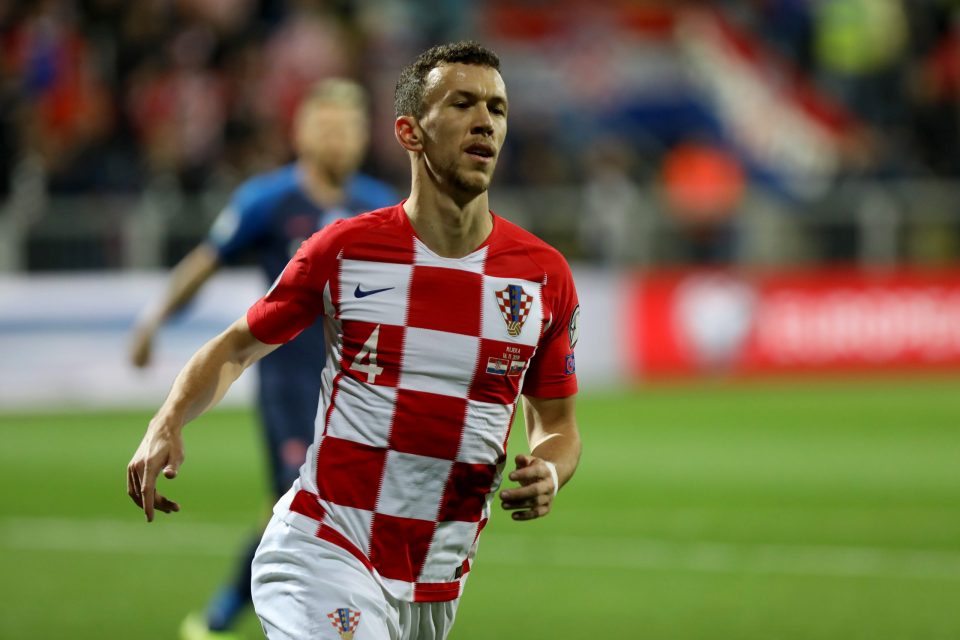 Ivan Perisic is humbled after making his 100th appearance for the Croatian national team on Tuesday.

Inter’s wing-back reached his century in a Euro 2020 warm-up match against Armenia and celebrated by scoring the opening goal, although it wasn’t enough to secure victory.

Zlatko Dalic’s side were held to a 1-1 draw but Perisic was delighted nonetheless, having reached a very special career milestone with his country.

“Thank you to everyone for the congratulations,” Perisic told reporters (via FcInterNews.it).

“I remember when I was young I watched the FIFA World Cup in France (1998) and Davor Suker was dominating and scoring lots of goals.

“My dream as a child was always to play in a big tournament like that, and my dream has come true thanks to hard work and sacrifice.

“I’m proud to have made my 100th appearance for the Croatian national team, to reach 100 in 10 years is a really great thing.

“Thanks to all the coaches and my teammates, my family and my friends who are all part of this lovely story.”

Perisic made his senior debut for Croatia back in March 2011 and has since scored 28 goals for his national side, although Tuesday’s effort wasn’t enough to pick up a win.

“We could have scored a few more goals, we wasted some chances,” Perisic admitted.

“There have been lots of great games over the last 10 years, it’s something really magnificent.

“I’m proud of all of this and motivated to keep working.

Perisic is out of contract with Inter next summer and there is little talk at the moment of him being offered a new deal.

Inter’s owners Suning are looking to cut costs before next season and it is not out of the question that they would look to offload Perisic and his salary.