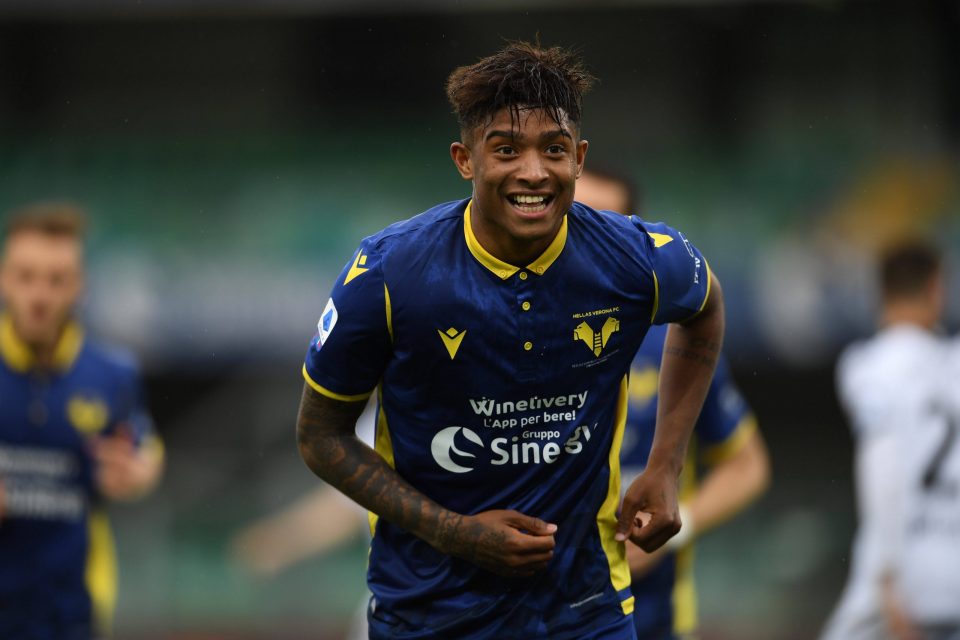 Inter forward Eddie Salcedo is receiving interest from Torino, according to a report in the Italian media today.

Salcedo spent last season on loan at Hellas Verona, where he scored three goals and provided two assists in all competitions under Ivan Juric.

Juric recently became Torino’s new head coach and now he is seeking a reunion with the 19-year-old, who still does not know what his future holds.

Inter could loan him back to Hellas Verona for another season, they could keep him as a fourth striker for Simone Inzaghi or they could send him to Torino following Juric’s request.

Salcedo has yet to make his first-team debut for Inter but he has played in Serie A for Genoa and Hellas Verona.

He scored two goals in Italy’s top flight during the season which just finished, once in a 2-1 home defeat to Fiorentina and again in a 1-1 draw against Spezia.

As per the same report, Juric also wants to re-sign Federico Dimarco after helping the 23-year-old develop in Verona, but Inter want €9-10 million.