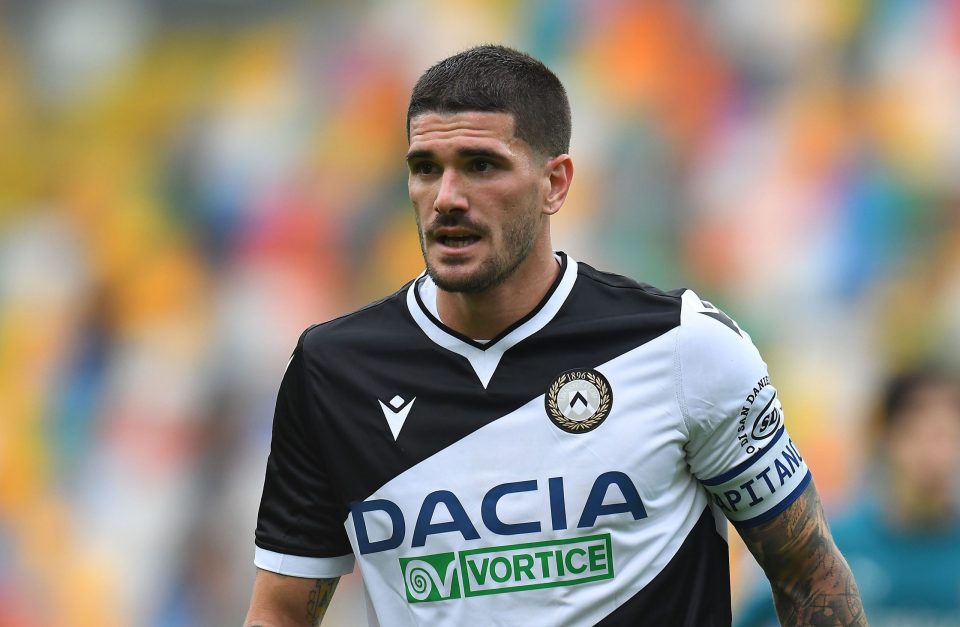 Inter’s hopes of signing Rodrigo de Paul are fading fast, according to a report in the Italian media today.

Udinese are expected to sell their captain this summer and De Paul was linked heavily with the Nerazzurri, as well as city rivals AC Milan.

However, La Repubblica’s print edition said Inter would find it ‘almost impossible’ to sign the 27-year-old now because he is heading for La Liga.

Atletico Madrid are ready to pay the €40 million Udinese want for De Paul, after an express request from Colchoneros boss Diego Simeone.

De Paul is therefore heading out of Serie A after five seasons, scoring nine goals for Udinese in the campaign which finished last month.

Inter are still monitoring the situation but it seems very unlikely that they will sign the Argentine midfielder now, despite having followed him for several months.

In addition to his nine goals scored for Udinese, De Paul also provided 10 assists for Luca Gotti’s side as they finished 14th in Serie A.