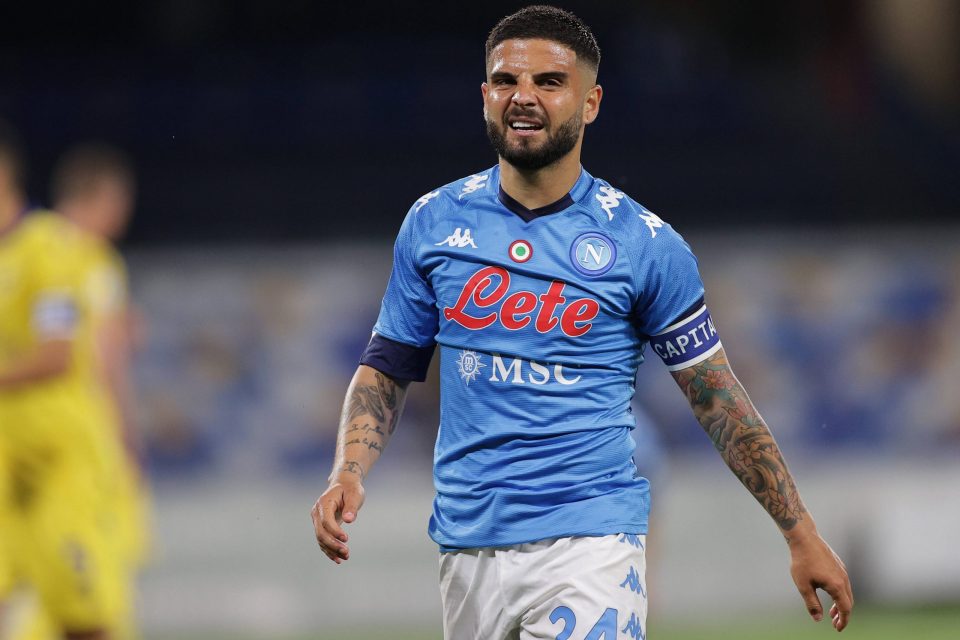 Inter are interested in signing Lorenzo Insigne, according to a report from an Italian broadcaster today.

Insigne is out of contract with Napoli next summer and there is no sign of talks to discuss a renewal at the moment.

Radio Kiss Kiss (via FcInter1908.it) said Inter were monitoring the situation and could attempt to sign Insigne on a free transfer in 2022, if he doesn’t extend with the Partenopei.

Insigne is about to play for Italy at the European Championships after a fantastic season with Napoli, which saw him score 19 goals and provide 11 assists in all competitions.

The 30-year-old has come close to leaving Napoli on a couple of occasions before, but he has always remained with his boyhood club despite occasional friction with supporters.

Insigne is an icon in Naples and it would certainly be unusual to see him playing for another team in Serie A, but Inter are apparently studying a move if he becomes a free agent in 12 months’ time.