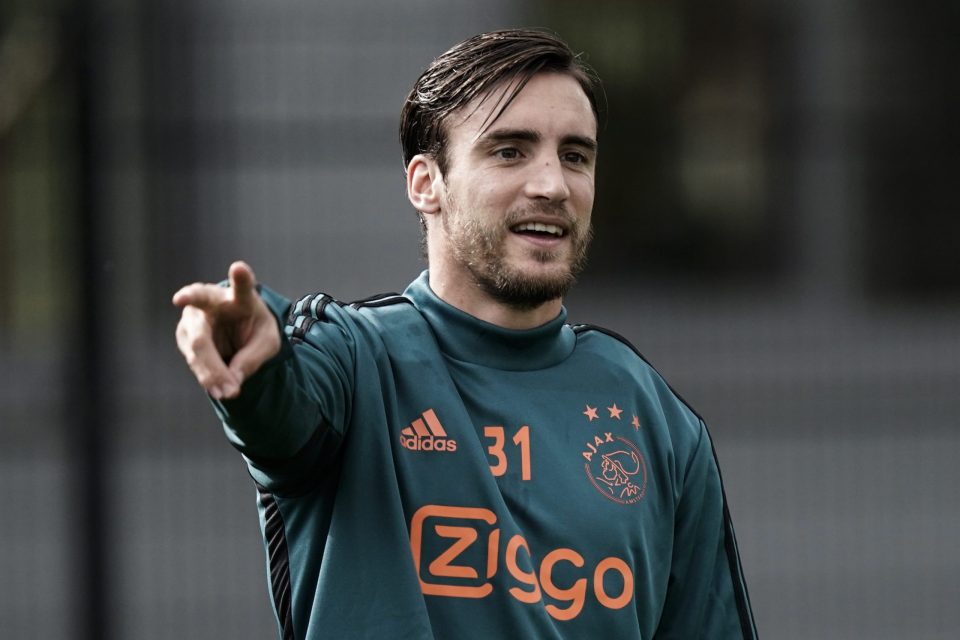 Inter are considering a summer move for Ajax left-back Nicolas Tagliafico, according to a report in Argentina.

TyC Sports (via FcInter1908.it) said the Nerazzurri’s vice-president Javier Zanetti was in contact with the defender’s entourage.

Tagliafico is valued at €15 million by Ajax and Inter are monitoring his situation, after an impressive season in which he made 25 appearances.

The 28-year-old is one of Inter’s alternative options if they do not secure a deal for Chelsea wing-back Emerson Palmieri.

Tagliafico is under contract with Ajax until the summer of 2023 but it was reported earlier this year that he would be allowed to leave if a big club came calling.

Zanetti frequently plays a key role in signing Argentine players for Inter, with Lautaro Martinez being a prime example after he signed from Racing Club back in 2018.

Inter are known to be chasing a left wing-back, with Ashley Young and Ivan Perisic both facing uncertain futures.