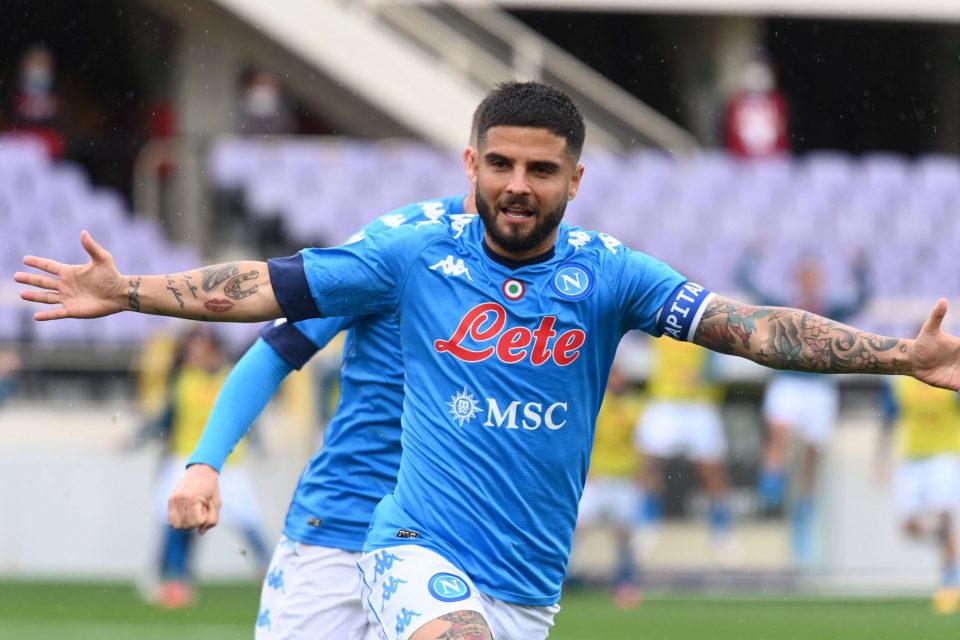 Inter were encouraged by a club legend on Monday to pursue a move for Napoli striker Lorenzo Insigne.

Insigne enjoyed an excellent season under Gennaro Gattuso, scoring 19 goals and providing 11 assists in all competitions as the Partenopei narrowly missed out on a UEFA Champions League spot.

Inter have been linked with the Italy forward in the past and now they are being advised by one former striker to think about a deal.

Sandro Mazzola told Radio Kiss Kiss (via FcInter1908.it): “It doesn’t matter what system Simone Inzaghi plays, when you play football like Lorenzo you can play him in any system, even 3-5-2.

“I’d bring Insigne to Inter immediately because I like football.

“I’d sign pen to paper right now to see him playing for the Nerazzurri.”

Mazzola even made an ambitious comparison between Insigne and one of his former teammates in Helenio Herrera’s Grande Inter team.

“I like players who ‘invent’ football, we need to get back to doing that,” Mazzola added.

“I had a teammate at Inter, Mario Corso, who looked to the right and then passed to the left.

“He was inventing things, what a magnificent player.”

Inter are unlikely to sign anyone for the time being because they must first concentrate on selling players to sort their finances.

Achraf Hakimi seems destined to leave the Nerazzurri for Paris Saint-Germain, but it can’t be excluded that other star players are sacrificed as well before next season.